It should be clear by now that Rajon Rondo will not be ready for the start of the season, and that while the Celtics are listening to all offers, they are not working to trade their point guard.

Celtics president of basketball operations Danny Ainge basically confirmed reports that Rondo will miss all of training camp and at least the first month of the season during an appearance Tuesday on 98.5 The Sports Hub’s Toucher & Rich show. Ainge also insisted, for the hundredth time since draft night, that he is not looking to trade Rondo.

“For sure, Rondo,” Ainge said when asked if anyone on the team was untradeable. “The guy was a starter on the All-Star team last year before he got hurt. That means he’s one of the top 10 players in the NBA. He’s still young and maturing all the time. He would be, by far, the most difficult piece to trade.”

Rumors that the Celtics would try to trade Rondo have been constant ever since the Celtics and Nets agreed on a deal to trade Paul Pierce, Kevin Garnett and Jason Terry on the night of the NBA draft. With the Celtics in rebuilding mode, a player of Rondo’s caliber could bring a valuable return of young players, draft picks, expiring contracts or cash, some observers believe.

Rondo, 27, averaged 13.7 points and a league-high 11.1 assists per game last season. He appeared in 38 games before tearing the anterior cruciate ligament in his right knee during a double-overtime loss in Atlanta.

Production like that is not easy for Ainge to give up, nor does Ainge want to risk the long-term health of his one premier player by rushing Rondo back onto the court. Early December figures to be the earliest Rondo would return.

“I want to make sure Rondo comes back healthy,” Ainge said. “He’s such an important part of our future. We want him to come back healthy.”

Rondo has $24.8 million remaining on the final two years of his contract, including this season. He is the second-highest paid player on the roster, making slightly less than Kris Humphries‘ $12 million salary. 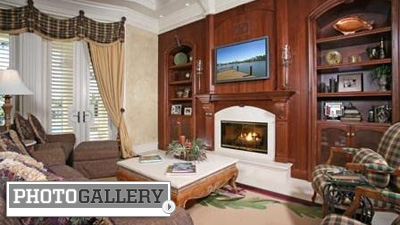 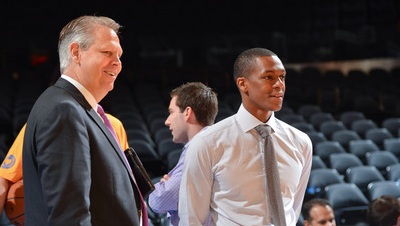