David Beckham's New Chest Tattoo Said to Include Image of Him As Jesus, Three Sons As Angels (Photo) - NESN.com Skip to content

David Beckham finally took care of that right pectoral muscle that was glaringly devoid of a tattoo. And boy, did he go for the gold on this latest ink job.

Beckham got his 33rd tattoo thanks to a gift from his wife, Victoria Beckham, and he chose to tat up the other half of the top of his chest, the Daily Mail reports. The tattoo is said to be a “portrait of Jesus — styled to look like Beckham — being lifted from his tomb by three cherubs, representing his much-loved boys.”

Beckham has not given comments about the ambitious tattoo or any messianic intentions.

The retired soccer star has many tattoos honoring his family, and he says that’s what makes the ink worthwhile.

“I don’t regret any of them,” he told CNN of the art that is close to taking over his body. “They all have meaning. I think that’s what’s important about tattoos. If they have a meaning, you’ll never regret them.”

Check out a photo of the new ink, as well as a photo of Beckham before the tattoo. 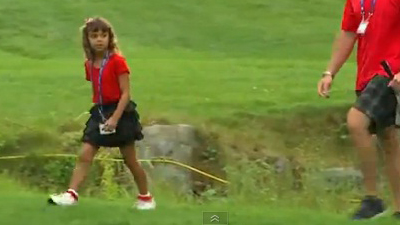