Diehard Yankees Fan Fired From Job After Missing Too Many Works Days Trying to Keep Up Stadium Attendance Streak - NESN.com Skip to content This is one dedicated fan.

Joseph Neubauer, a New York City resident and diehard Yankees fan, was recently fired from his job because he didn’t want to be responsible for messing up the attendance streak at Yankee Stadium, CBS New York reports. Neubauer has been a Yankee fan since he was 10 and says he hasn’t missed a home game since the 1970s.

Neubauer worked for the Taxi and Limousine Commission for nearly 30 years — that was until he was let go on July 31.

The game that got him in trouble was the Yankees’ Sept. 19 matchup last year. The game was rained out and rescheduled for the next day — a day that Neubauer didn’t have off from work. He decided not to break his 38-year tradition and played hooky from work to go to the game without permission.

?I feel like I regretted it in a way. I just want to try to come back,? he said.

Neubauer’s former employer unveiled details of other instances of the Yankees fan missing work. In 2011, Neubauer was suspended for 60 days because he left town to go to the All-Star Game in Phoenix, Ariz., even though his request for vacation time had been denied. The year before that, he was suspended for 25 days after calling out sick to go to 13 different Yankees games.

Neubauer is appealing his termination, according to the report.

Earlier this season, the Yankees turned to Groupon to unload tickets during a marked downturn in attendance. 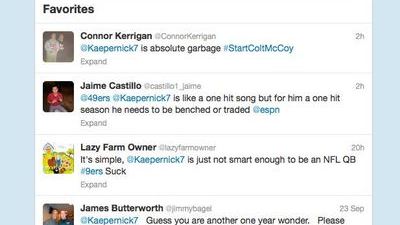