Earl Thomas Comes Up With Crazy Interception After Seahawks Bat Ball Around Like Beach Ball (GIF) - NESN.com Skip to content

The Seahawks’ secondary might be the best in the NFL, and they showed why in the first quarter on Sunday.

Texans quarterback Matt Schaub dropped back at the Seahawks’ 18-yard line midway through the first, looking toward his tight end Owen Daniels for a potential first down. Instead, linebacker K.J. Wright jumped the route and tipped the ball up in the air. Five other Seahawks defenders were in the vicinity and each made a run at the ball, with at least two of them tipping it as if it were a beach ball at a baseball stadium.

The ball ended up getting batted back by safety Kam Chancellor and fellow safety Earl Thomas laid out to make a diving catch. It was a pretty incredible show of focus and teamwork.

Check out the Seattle tip drill in the GIF below. Courtesy of the good people at Kissing Suzy Kolber for this one. 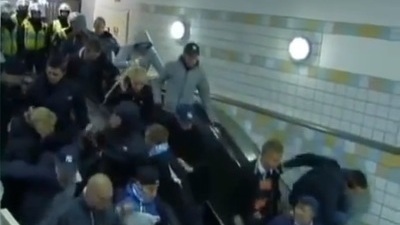