Hockey East Deeper Than Ever With Addition of Notre Dame, Emergence of Smaller Programs - NESN.com Skip to content BOSTON — The top half of the Hockey East preseason coaches poll features a couple of powerhouses college hockey fans have come to expect to see at the top over the years.

Teams like Boston College — tied for first in the preseason poll — and New Hampshire (third) have assumed their position among the conference’s elite as they are wont to do. But there are also a few teams in the top half of teams that aren’t necessarily prone to showing up among the nation’s best hockey clubs.

There are teams like UMass-Lowell, which is tied for first with BC, as well as Hockey East newcomer Notre Dame. Providence checks in at No. 5, one spot ahead of the mighty Boston University.

This is the new Hockey East, and it’s what makes the conference the best college hockey conference in the country. Parity often times becomes a cliche when in the sports world, but it’s legitimate in Hockey East.

BC or BU have still won eight of the last nine Hockey East tournaments, but it was the 2012-13 season that might be the most telling moving forward. UMass-Lowell, ranked No. 2 in last season’s preseason poll, took the conference by storm after a slow start. In winning the regular-season title, the River Hawks became the first team not named BC or BU to do so since UNH won it in 2010. Lowell then won the Hockey East tournament, marking the first time since 2004 the trophy wasn’t awarded to Boston College or Boston University.

Those achievements, in a way, help represent a greater groundswell of success among the non-traditional powerhouses in the conference. Teams like Merrimack and Providence have shown signs of turning their programs around in recent years. When you combine the emergence and resurgence of those programs, as well as the addition of Notre Dame this season (and Connecticut next season), and it’s kind of crazy to think about where Hockey East could be in just a couple of years. That’s saying a lot considering the already impressive pedigree that comes with being arguably the nation’s best conference.

Notre Dame’s resume speaks for itself. The Irish have won 25 games five times in the eight seasons since Jeff Jackson has taken over, and they’ve reached the NCAA tournament five times as well. They’re also 5-2-1 against Hockey East programs in the last three seasons.

The improved depth is also going to make sustaining success even more difficult, something a team like UMass-Lowell will certainly run into this season.

“It’s healthy and exciting for a coach because you see the culture that has changed,” Lowell head coach Norm Bazin said. “Our league just got a whole lot harder. The advent of bringing a strong team into an already strong league makes it probably the best hockey conference in the country.” 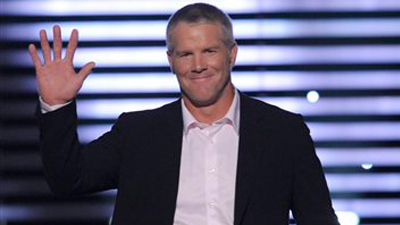 Brett Favre’s Agent Says Quarterback ‘Could Play Today,’ Has Arms That ‘Look Like a Blacksmith’s Arms’