John McDonald is finally playing in his own backyard.

McDonald — a New London, Conn., native, Scituate, Mass., resident and Providence College product — is now suiting up for the Red Sox in his 15th major league season. While it marks McDonald’s seventh major league team and fourth of 2013, the 38-year-old journeyman always viewed Boston as a potential destination.

?I think it?s definitely gone through my mind,? McDonald told WEE.com’s Rob Bradford. ?But you always look at roster construction and how teams are built. At some point this year I thought it might be a possibility with Stephen [Drew] being a left-handed hitter and teams sometimes look for a right-handed complement. I know what type of hitter I am. I?m not going to thrill anyone with my home run power. But I can play defense and contribute on a daily basis in ways I feel I can contribute. I always thought it might be a possibility before I retired, and I?m pretty excited I?m getting that opportunity now.?

McDonald, who was acquired from the Phillies in exchange for minor league pitcher Nefi Ogando on Saturday, will serve as a utility infielder with the Red Sox. He’s capable of playing second base, third base and shortstop, and both manager John Farrell and third base coach Brian Butterfield have worked with McDonald in the past.

?I know what type of player I am and it?s not really a secret,” McDonald reportedly said. “I?m not a big bat that you?re going to acquire at the deadline to hit fourth. I do what I do. I haven?t changed since the day I broke into the big leagues. I?m not expecting anything but a club wanting me to do what I?m capable of.?

McDonald, who is a career .235 hitter, has played for the Pirates, Indians, Blue Jays, Diamondbacks and Tigers in addition to the Phillies. The veteran seems to understand that he can’t play forever, but he’s not ready to ride off into the sunset just yet.

?I?ve been getting closer to home, going from Arizona, to Pittsburgh, to Cleveland to Philly to Boston,? McDonald said. ?I?m inching my way home. It might be baseball’s way of telling me something. But I?m not ready to listen. I?m just excited about it.? 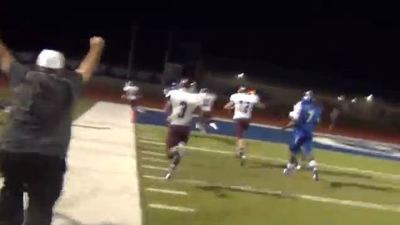 Logan Ryan Has Improved More Than Any Player on Patriots This Summer Thanks to Aqib Talib, Kyle Arrington