In the rundown of the NBA’s best point guards, it takes a while to get to John Wall‘s name — if the conversation gets to him at all.

Derrick Rose, Chris Paul, Russell Westbrook, Rajon Rondo and Deron Williams are indisputably ahead of Wall on the list of the top players at his position, with Kyrie Irving probably sliding in ahead of him, too. Wall, who has high hopes for the Washington Wizards this season, doesn’t seem to have a huge problem with that for now. He plans to let his play do the arguing for him.

“I like it, and use stuff like that as motivation,” Wall told ESPN.com. “This is the first time I’ll have a full year where I need to be. I feel like I’m a top-five point guard in the league, but I’ve got to go out there and prove it.”

Wall feels confident about the Wizards’ prospects this season, he said, even after center Emeka Okafor suffered a back injury that will keep him out indefinitely. The acquisition of Al Harrington, a minor addition to most outside observers, was exactly “what we needed,” according to Wall. He now thinks the Wizards have the pieces to snag a playoff spot.

A postseason berth for the Wizards is not nearly as unrealistic as it might seem. The Wizards went 24-25 with Wall in the lineup last season, and 5-28 without him. Over a full season, the Wizards’ winning percentage with Wall would translate to 40 wins — more than enough to qualify for the playoffs in the weak Eastern Conference. Milwaukee was the eighth seed last season with a record of 38-44.

Perhaps Wall moving into the top five this season will be more a matter of attrition than anything. Rose, Rondo and Westbrook are all returning from knee injuries and Williams is already battling ankle issues that seem to have become a permanent condition. By the time things get sorted out, Wall may indeed be at the top of the heap simply because there is no one else left. 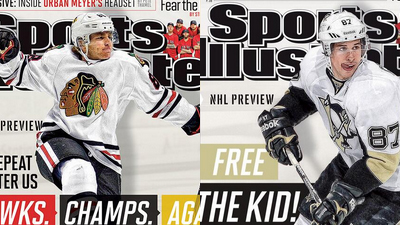