Now that the Patriots have cut their roster down to 53 players, the depth chart has started to become a bit clearer.

The roster is still fluid, with players getting cut and signed left and right, but the key players the Patriots will depend on are in place. Some positions, like linebacker, defensive end and quarterback, have definite starters and reserves, while cornerback, safety and guard could still be a competition in practices and games.

The players are changing every day, but let’s take a look at the latest incarnation of the 53-man roster and set up the depth chart.

This one’s obvious now that Tim Tebow is gone. Just kidding, it was always obvious.

For now, Blount has the third spot ahead of Bolden, who had a knee brace on in practice on Monday. But the fight for that reserve spot behind Ridley is still an open competition, and if one player starts to pull ahead, the other could be gone.

RIght now, there’s no backup third-down running back. If Vereen gets hurt, the Patriots’ offense could see a drastic change. The Patriots could still be digging through the waivers for another running back, as well.

Now that James Develin is gone, Hoomanawanui will be the lone fullback/H-back on the roster.

Thompkins appears to have the other starting job for now, with Edelman most likely to come on the field in 11 personnel (one running back, one tight end). Those spots could change, though, depending on how well Boyce and Dobson play. Dobson had the most struggles in the preseason, so for now, Boyce is ahead of his fellow rookie.

There’s no telling when Gronkowski comes back, so for now, Sudfeld looks to be the guy here at tight end. He must have really impressed this summer, despite his fumble against the Lions.

Solder and Vollmer will be the starters as long as they stay healthy. Svitek is the reserve left tackle and Cannon is backing up on the right side.

Connolly and Cannon could still be competing for the starting role, but Connolly was lined up at right guard in Monday afternoon’s practice with the starters.

The Patriots brought in Cave, but if Wendell goes down, Connolly would probably slide to center and Cannon would play right guard.

This is the most shallow position on the roster and neither Vellano or Francis is a nose tackle. Since Vellano has more experience in the defense, he’s ahead of Francis for now, but Francis was the more highly sought out prospect.

Bequette and Buchanan are probably in a dead-even heat for the backup role behind Jones and Ninkovich. Buchanan is likely the reserve on the right side behind Jones, while Bequette is likely backing up Ninkovich on the left side.

Collins and Fletcher are also in a dead-even heat for the fourth linebacker spot. Collins is more likely the backup at weak-side and strong-side linebacker, while Fletcher is backing up Spikes at middle linebacker. Of course, if Spikes goes down, the Patriots could also move Hightower to the middle.

If two of the top three corners go down, it’s more likely McCourty slides back down from safety than Ryan starts. That’s why McCourty is the fourth name on this list. Ryan’s fine as the third option, just not as the first or second.

The Patriots would probably like to see Harmon or Wilson take Gregory’s starting role, but for now, the veteran has the strong safety spot after Adrian Wilson got put on injured reserve. 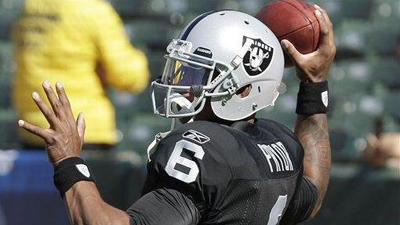 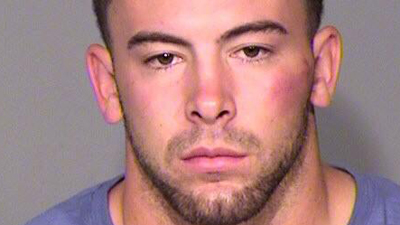