Think the Red Sox-Yankees rivalry has lost a little something? Don’t tell that to Kevin Millar.

?[The rivalry] is back. That?s what I love about it,? Millar said on WEEI’s Mut & Merloni on Friday. ?Whatever you think about the [Ryan] Dempster-[Alex Rodriguez] thing, it brought this rivalry back. It gave it some substance. The Yankees are back in the playoff hunt, which is better for baseball. As much as Red Sox Nation would love to see the Yankees 46 games out, this is better for baseball right now. It?s exciting. The Orioles, the Rays, the Yankees, the Sox — this is great.

?So now we have a chance to watch a series, and it?s going to be a great four-games series. And we saw a great first game.?

The Red Sox took the first game of the teams’ four-game set Thursday. The Sox blew a 7-2 lead in the seventh inning, when the Yankees scored six runs to gain an 8-7 edge, but they rallied against Mariano Rivera to tie the game with two outs in the ninth inning and then won in the 10th inning after Shane Victorino singled home Jacoby Ellsbury.

In many ways, the Red Sox’ victory on Thursday looked like something straight out of 2004. Quintin Berry, who pinch ran for Mike Napoli with two outs in the ninth inning, played the role of Dave Roberts. He took off for second base, advanced to third base when Austin Romine‘s throw got away and scored when Stephen Drew dropped a game-tying single into right field.

?It was eerie, it was very similar.?

Things will need to change if we’re going to see the Red Sox and Yankees square off in the playoffs this year, as New York is nine games behind Boston in the American League East and 2 1/2 games back of a wild card spot. Millar isn’t ready to write off the Yankees’ season, though, even in the wake of Thursday’s crushing defeat.

?It?s a bad loss, but it?s not the end-of-the-world loss,? Millar said. ?It?s a tough loss, they lost, they shower, they get right back out and they?ve got another game tonight. So, it?s not like, oh, they?re coming out with their bottom lip hanging down. … The Yankees are a veteran club. And they?re a different club. They?re a way different club than they were early on in the year. You?re looking at [Alfonso] Soriano and A-Rod and [Curtis] Granderson and Derek Jeter in the lineup, and [Robinson] Cano obviously on fire. This is a different club now. So, I think they?ve got a little swag and I think they?ll bounce back. … If they go out and win three games in a row, we?re not even talking about last night?s game.?

The Red Sox’ magic number to win the AL East is down to 16. 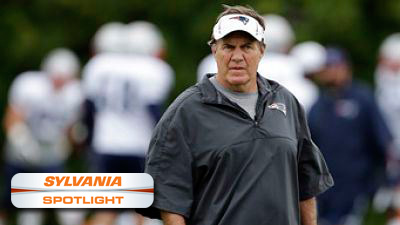 Bill Belichick Evaluated Notre Dame Tape at Request of Brian Kelly, Said He Learns a Lot From Other Coaches

Red Sox Showing Flashes of 2004 Magic, But 2013 Squad Has Own Special Story to Write