Logan Ryan Has Improved More Than Any Player on Patriots This Summer Thanks to Aqib Talib, Kyle Arrington - NESN.com Skip to content FOXBORO, Mass. — The Patriots used their four preseason games to get a good, long look at rookie Logan Ryan.

Some of that was out of necessity, since Alfonzo Dennard and the since departed Ras-I Dowling were injured. But giving Ryan 91 percent of the team’s defensive snaps — per Steve Palazzolo of Pro Football Focus — paid off for Ryan and New England.

The Rutgers product showed steady improvement throughout the spring and summer. He had his fair share of rookie moments from OTAs through the team’s first preseason game, but it appeared the team’s joint practices, plus the extra in-game work did its job. By Game 4 of the summer, Ryan looked ready to contribute during the regular season.

“Yeah, it helped tremendously,” Ryan said. “Just helped my confidence. Helped me adapt to the speed of the game a little bit. I haven?t played in a regular season game yet, so we?ll see how that goes. But I think I got the most out of the preseason as you can possibly get.”

The rookie cornerback may have to contribute once the regular season begins next week. The team is down to just four players at the position and Dennard was not healthy enough to play in any of the four preseason games. Ryan gives the team some versatility, as well. He played outside and in the slot during the summer, which should help since Kyle Arrington can also play both roles.

Ryan said there’s a different between playing outside and inside, but he’s had two great players to learn from.

“It?s two different positions,” Ryan said. “You can?t just approach it the same. I think Kyle Arrington is one of the better slot corners in the NFL and I think Aqib Talib is one of the best outside corners in the NFL. So, having those guys around me to ask them what they saw or how they would play that and helping correct my mistakes has helped me grow pretty fast.”

Ryan’s growth was evident when the Patriots took on the Buccaneers in the second game of the preseason. He had some down moments early in the game, but he also took a Josh Freeman interception back to the house. It was a similar play to one he made during joint practices against Tampa Bay.

In total, Ryan allowed 13 receptions on 28 targets during the preseason, according to Pro Football Focus. He allowed three touchdowns and had one interception and three passes defensed. He allowed 15 yards per reception for 195 total yards. Those aren’t perfect numbers, but he gave up 81 yards and a touchdown in his first game alone.

By the time he played the Giants in the fourth game of the preseason, he not only played every defensive snap, he also looked comfortable against the Giants’ starters. He gave up a touchdown to Hakeem Nicks, but he also had a really nice pass breakup from Eli Manning intended for Nicks.

To only talk about Ryan’s pass coverage skills would be a disservice. Ryan proved to be a sure tackler and was stout against the run while playing outside and in the slot.

“To play in this defense, the corners have to be able to tackle,” Ryan said. “I think that?s why they drafted me here. That?s exactly what I?m going to continue to do.”

Ryan came out of the preseason looking good, but the regular season is a whole different animal. Ryan’s not worried about any added pressure that comes with the games that matter, though.

“Not at all. For me, being a rookie, it?s all new,” Ryan said. “Every single game was important to me in the preseason. Every single game in the regular season is important. So I?m going to approach it the same way and do everything I can to do my job and not let my teammates down.”

Ryan fits the mold of what Bill Belichick looks for in a defensive back. He’s a similar player to Arrington and Devin McCourty in that he’s a solid run defender and he’s best in defending the pass when the ball is in front of him.

It’s obvious the Patriots feel comfortable with Ryan, too. Otherwise, the team likely would have kept Marquice Cole and Ras-I Dowling around. As the 53-man roster currently stands, the Patriots have just four cornerbacks. 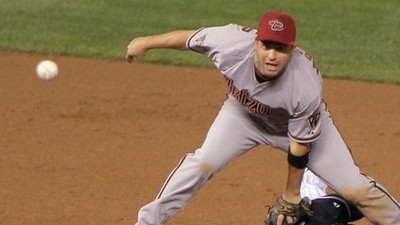 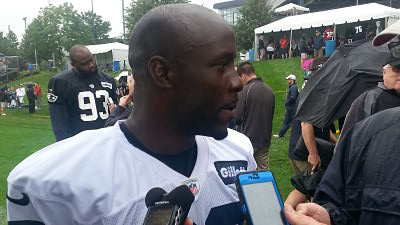