The Bruins skated at TD Garden on Thursday for the first time since the Stanley Cup Final, and there were plenty of new faces. That’s par for the course in training camp with the extended roster and invites, but there was certainly a lot of eagerness to see where some of the newcomers would end up.

Loui Eriksson, who the B’s acquired from the Dallas Stars in a July 4 trade that sent Tyler Seguin to Dallas, was part of the day’s first group as the first of two practices began at the Garden. When the first group, Group A, split off into lines, Eriksson found himself on a line with Patrice Bergeron and Brad Marchand.

It was widely speculated and expected that Eriksson would at least start on that line. The Bruins’ other big offseason acquisition, Jarome Iginla, is expected to fit in on the de facto first line next to David Krejci and Milan Lucic. All three of those players are slated to be in Group B, which will take the ice Thursday afternoon.

Also of note is the fact that Chris Kelly had some new linemates during the first practice. He centered a line with Jordan Caron and Reilly Smith. Kelly has been a fixture as a third-liner for much of his Bruins tenure, and it’s likely he’ll remain there this season. Rich Peverley, Kelly’s former linemate, was also part of that trade with Dallas, as was Smith, who is also appearing in black and gold for the first time. 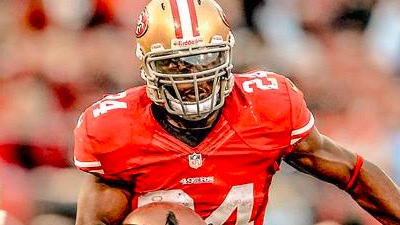 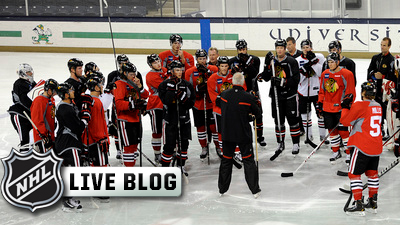