The news out of New York has not been good for Mark Sanchez, who appeared to have backed into the Jets’ starting job for at least one more season before an ill-fated preseason injury left the team in limbo.

Now, with reports indicating that the injury could keep Sanchez out for several weeks, the critics are piling on again and saying that it’s time to bury Sanchez’s chances of being a starter for good.

The latest naysayer is none other than former Jets running back LaDainian Tomlinson, who helmed the offense with Sanchez in the couple of years when the Jets could still make noise with Sanchez under center.

“I don’t think Mark will be a starter again in the NFL,” Tomlinson said on SiriusXM’s Mad Dog Sports Radio on Tuesday, as reported by USA Today. “I think there’s certainly potential for him to be a backup and then get a starting job for half the year or what have you that way. But I think his days as a full-time starter are pretty much over.”

Tomlinson played with Sanchez in 2010 and 2011, Sanchez’s second and third seasons in the league. The Jets went 19-13 over those two seasons and made it to the AFC Championship in 2011, their second straight year in the title game. But Sanchez also threw 31 interceptions and recorded 19 fumbles over those two years compared to 43 touchdowns. He was at his best as the team rode its defense and running game to those postseason performances, but he has struggled in the last couple of years as the team has needed stronger quarterback play.

“You’ve got to realize in football, for a quarterback, you’re going to get three to five years in an organization to prove that you’re the franchise guy,” Tomlinson said. “I mean, that’s just what it is. And if you don’t do it in that time frame, then they’re going to move on to somebody else.”

With Sanchez injured, rookie Geno Smith — who was already giving Sanchez a run for the job in Sanchez’s fifth season in the NFL — is lined up to start Week 1. Now it’s on Smith’s shoulders to show definitively what Sanchez never could and clinch the starting job. 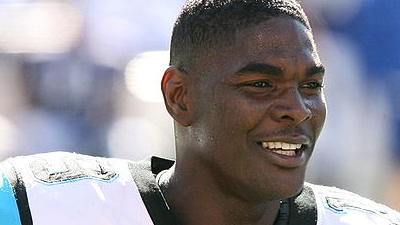 ‘Dancing With the Stars’ Cast Revealed, Keyshawn Johnson Serving as This Season’s Athlete