The summer transfer window is closed. All is quiet, as the dust settles. Bills fall gracefully out of the air into the accounts of soccer teams in Europe and beyond.

This summer, Premier League teams spent a record-high £630 million ($979.2 million) on new players. They hope that new signings will strengthen or enhance their standing in the world’s most-watched domestic soccer competition. Manchester City and Tottenham led the way, spending around £200 million ($311 million) on reinforcements, while newly promoted, mid-level and title-chasing teams broke their own transfer records in the last three months. It all ended Monday with the mad scramble of deadline-day transfer activity which saw Premier League teams shell out £140 million ($217.6 million) — another record high, according to the BBC.

A record transfer outlay doesn’t necessarily mean the Premier League has improved. After all, some expenditures are better (or worse) than others. It merely shows that the 20 teams are flush with cash (to some degree), and they’re willing to use it to improve their teams. It’s also worth noting that not all player moves were permanent transfers. Many were temporary, as teams loaned players to other teams (often for fees reaching into seven-figure territory).

Now that the summer transfer market is closed, it’s time to assess all the activity involving Premier League clubs and hand out some grades (editor’s note: This is the first of a two-part review. Check back on Wednesday for part two).

Arsenal culled its squad, as 14 players departed (12 permanently), freeing up resources to attract new talent. The problem for most of the summer, was that the Gunners didn’t spend until the last day of the transfer window, and this drove fans and pundits berserk.

But “Deadline Day” turned into “Salvation Day” when the Gunners signed Mesut Ozil from Real Madrid for £42.5 million ($66 million). The arrival of Ozil, a world-class playmaker, instantly eased fans’ angst, as Arsenal had only signed two players — Yaya Sanogo and Mathieu Flamini (on free transfers) — before Monday.

Arsenal may not have brought in the number of top players its fans demanded, but it did strengthen areas of weakness — defensive midfield, goalkeeper competition and forward depth. Ozil was a luxury signing, but he lifts the mood in the Arsenal camp and possibly signals the dawn of a new era at the Emirates Stadium.

Veterans Richard Dunne (to QPR for free), Darren Bent (Fulham on loan) and Stephen Ireland (Stoke City on loan) were cases of addition by subtraction, while the likes of Antonio Luna, Jores Okore and Libor Kozak improve Villa’s depth and competition for playing time.

Lambert’s best business was in convincing sought-after striker Christian Benteke, 22, to withdraw his transfer request and sign a new contract. The Belgian striker scored 23 goals last season and is off to a flying start this term, having scored four in five games.

Villa is heading in what the club feels is the right directionm and this summer saw it continue down that path.

Cardiff City spent most of its time and money adding to its squad ahead of its maiden Premier League campaign. The Welsh club broke its transfer record three times in signing Andreas Cornelius for £7.5 million ($11.7 million), Steven Caulker for £8 million ($12.4 million) and Gary Medel for £11 million ($17 million). The trio and deadline-day signing Peter Odemwingie strengthen Cardiff’s spine, but they may not be enough to keep the Bluebirds in the Premier League.

Only two players left the club this summer, so the Bluebirds are hoping stability, spirit and a few new arrivals see them through their maiden Premier league voyage. Only time will tell if that will be sufficient.

Chelsea’s most important move came on the sidelines, as Jose Mourinho returned to Stamford Bridge for a second-stint as manager. The so-called “Happy One” doesn’t have a blank check-book at his disposal this time around, but that didn’t stop Chelsea from making a few shrewd additions.

Andre Schurrle and Mario van Ginkel arrive with loads of promise but without burdensome price tags. Veterans Mark Schwarzer and Samuel Eto’o bring experience and class (in the latter’s case), which will help Chelsea’s “Old Guard” lead the way.

Chelsea’s grade ultimately hinges on the impact Brazilian midfielder Willian ultimately makes. He allows the Blues to play with greater tactical flexibility, and should push an already impressive group of attacking midfielders to higher heights. That’s not expecting too much for a player carrying a price tag of around £30 million ($46.7 million), is it?

Chelsea sent seven players out on loan and released four more in an effort to streamline the squad and give young players valuable playing experience elsewhere. It puts the Blues in good position to continue building in the future.

Like another newly promoted team, Palace added to its squad over the summer. Manager Ian Holloway signed 14 new players, many of who have Premier League experience. Late arrivals like Barry Bannan, Adrian Mariappa and Jason Puncheon could make an impact, as they have experience at this level. Marouane Chamakh is big-name signing, while striker Dwight Gayle comes as the club’s record signing — reportedly around £4.5 million ($7 million).

Unfortunately, only seven new signings have seen much, if any, playing time, which suggests many of the new players come wearing “squad player” labels. That may not be enough to keep Palace in the Premier League, which is the club’s first, second and third target this season.

It’s a good thing Roberto Martinez is an experienced wheeler-dealer in the transfer market because the new Everton boss needed his skills to narrowly avoid catastrophe on deadline day. Midfield linchpin Marouane Fellaini pushed for a move to Manchester United near the close of the window, and Martinez turned crisis into opportunity by sealing deals for Gareth Barry, Romelu Lukaku (both on loan) and James McCarthy in the 11th hour. Fellaini’s departure is a blow to the Toffees’ prospects, but Barry and McCarthy should help ease the sting. Lukaku should turn out to be an upgrade over the departed Victor Anichebe.

Earlier in the summer, Martinez signed familiar faces Arouna Kone and Antolin Alcaraz from Wigan as well as Joel Robles from Atletico Madrid. Barcelona then loaned its young star Gerard Deulofeu to Everton, hoping he can develop over the course of the season.

Everton kept hold of marauding fullback Leighton Baines, despite Manchester United’s interest. It was essential move, as it keeps the Tofees’ defense in place and boosts morale in the dressing room and in the stands.

Fulham’s biggest shakeup came at the boardroom level, as longtime owner Mohamed Al Fayed sold the club to Shahid Khan in July. The sale brought neither major upheaval nor significant investment to the playing squad, as manager Martin Jol looked to upgrade his squad on a piece-by-piece basis.

Season-long loan deals for Darren Bent and Adel Taarabt should add danger to Fulham’s attack, while midfielder Scott Parker and goalkeeper Maarten Stekelenburg should make it harder for opponents to score against the Cottagers. The additions should help Fulham steer clear of relegation, but it’s unlikely that they will take the club beyond its current level.

Like the other newly promoted teams, Hull City added a number of reinforcements — 11 to be exact — to its ranks.

Manager Steve Bruce lost the services of Jay Simpson and Corey Evans. He did a good job of replacing them with quantity and quality.

This summer saw second-year manager Brendan Rodgers stamp his imprint on the Reds, and the early signs are encouraging. He sold or loaned players who were not going to see much action (like Jonjo Shelvey, Jay Spearing, Suso and Fabio Borini). Meanwhile, reinforcements arrived all summer, bringing a mix of youth and experience to a squad that finished last season impressively.

Keeping Luis Suarez on the books is like a new signing, and the Uruguayan should help the Reds’ pursuit of a top-four finish when he returns from suspension in October.

Second-place finishes in the Premier League and the FA Cup were not good enough last season, so City fired manager Roberto Mancini and replaced him with Manuel Pellegrini. City bosses then got to work on the transfer business, doing much of their buying and selling in the early days of the window. Fernandinho, Jesus Navas, Alvaro Negredo and Stevan Jovetic arrived in time to participate in a full preseason program, and Martin Demichelis joined just before deadline day. These five will strengthen City’s first team, as the 2011-12 champion looks to wrest the title away from Manchester United. 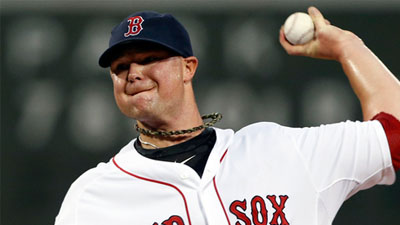