Mike Carp pinch hit for Jonny Gomes with the bases loaded in the 10th inning and jacked a go-ahead grand slam to lift the Red Sox past the Rays 7-3 at Tropicana Field.

Wednesday’s extra-inning victory is the latest on a long list of dramatic wins for Boston. The Red Sox are 10-5 in extra-inning games and 22-10 in games decided in the last at-bat. The Sox are now 12-6 against the Rays and hold a comfortable 9 1/2-game lead in the AL East.

Carp’s grand slam off Roberto Hernandez on Wednesday set off a major celebration at home plate and in the Red Sox’ dugout. There was plenty of beard-tugging involved, and it’s something that’s quickly become one of Boston’s signature celebrations throughout this wild season.

?I think it all starts with Mikey,” Carp said of his grizzly teammate, Mike Napoli. “He?s been growing his [beard] pretty fierce all year long, and I started doing that, and good things have been happening here lately with all that, so we?ve been rolling with it and we?re going to keep rolling with it over the next couple of weeks.?

Check out Carp’s 10th-inning heroics in the video below. 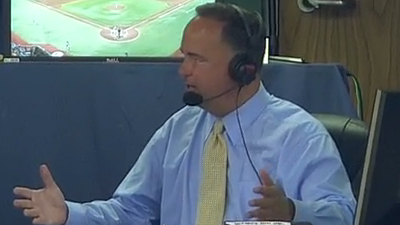