Mike Tirico Refers to Redskins as 'The Washingtons' on 'Monday Night Football' - NESN.com Skip to content The kind of folks who are upset that the NFL’s Washington, D.C., franchise is still calling itself the Redskins and want the name changed probably got a little excited Monday night.

Monday Night Football commentator Mike Tirico, in a little aside mentioning other NFL teams as he was calling the Bengals-Steelers game, referred to the Redskins as “The Washingtons.” It appeared to be a clever dodge of the controversial moniker and slipped right off his tongue as he ticked through other team names.

Pressure has been rising this year for the Skins to switch their name, and even NFL commissioner Roger Goodell seemed open to a swap recently after hedging against changes earlier this year. Various sportswriters and media outlets have said they’re going to stop using the term “Redskins” in their writing as a protest, hoping to force a name change.

Tirico seemed to be on that bandwagon Monday night — but alas, it may have just been a regular old slip. He tweeted later that he didn’t intend to single out the Redskins and merely muffed their name, a position ESPN later confirmed when asked by Buzzfeed, which had video of Tirico’s phrasing.

The Redskins apparently weren’t the only name Tirico had trouble with during the broadcast.

So there was no politics in football Monday night. But The Washingtons does have a nice ring to it.

Tebowmania also comes in mini doses, like this Jacksonville rally that wasn’t.

The Pirates are just dominating everything this year. Jet boots! 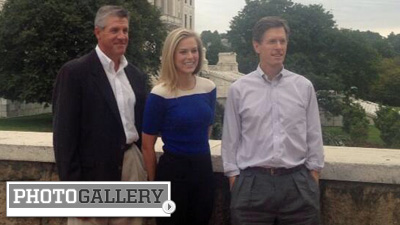