Patriots' Pass Rush Not As Bad As Stats Indicate Among Five Takeaways From Week 1 Bills Game - NESN.com Skip to content The Patriots’ 23-21 win over the Bills certainly was not pretty. And Buffalo was not exactly the most difficult Week 1 opponent, but there were still some positives to take away from the last-second victory.

The impressive performances from Danny Amendola, Shane Vereen and Kyle Arrington were obvious and already noted. The Patriots could not have won without Amendola and Vereen down the stretch in the fourth quarter. And without Arrington’s propensity for causing turnovers, the game would not have been within reach by the end of regulation.

But in looking deeper, there were some unsung heroes in the game. The impressive performances mostly came on the defensive side of the ball, as Brady, his o-line and his secondary targets all struggled.

Check out the five takeaways from the Patriots’ Week 1 win below.

1. Chandler Jones excels in new role as third-down interior rusher: After the Patriots cut Jermaine Cunningham, Marcus Benard and Justin Francis, it seemed there was no one left to rush EJ Manuel from the three-technique defensive tackle role. The Patriots took a best-11-players approach and slid Jones in at defensive tackle.

Jones impressed in the role, too. He used his speed/size combination to get three quarterback pressures from the new position. He didn’t record any sacks, but New England’s front seven didn’t bring much pressure, either, rarely blitzing. The goal was to contain Manuel’s legs as much as it was to pressure the rookie. The Patriots held the Buffalo offense to 14 points, so they obviously did their job.

2. Patriots still not covering running backs out of backfield: There’s been a lot of criticism thrown at Jerod Mayo, Brandon Spikes and Dont’a Hightower for not covering C.J. Spiller and Fred Jackson out of the backfield. That’s really just part of Bill Belichick‘s gameplan, though. The linebackers’ roles are more about containing those players once they’ve caught the ball, not about trying to blanket them and prevent receptions.

Once again, it worked. Spiller and Jackson were held to nine catches for 55 yards. Trying to cover those backs one on one increases the chances of a big play if that linebacker can’t shadow the shifty running back. Instead, the linebackers are kept back in their zones and make a play once the ball is in the backs’ hands.

3. Patriots need third receiver to step up: Brady obviously had a lot of trust in Kenbrell Thompkins. The rookie receiver was targeted 14 times. But that trust waned as the game went on. Thompkins was not targeted on the team’s final drive.

Either Thompkins needs to have a major improvement before Thursday, or the Patriots need to find a new player to fit that X-receiver position. Thompkins seemed hesitant in his first real NFL action. He found himself on the ground for almost all 14 of his targets and he stopped moving his feet once the ball came out of Brady’s hand.

It was bizarre to see that from Thompkins after he shined the entire summer. Aaron Dobson could be back by Thursday, but if Thompkins had issues, it’s unimaginable how bad Dobson would have looked. Thompkins was the much better player in training camp and preseason.

4. Offensive line has issues protecting Tom Brady: It was a rare down performance for the offensive line. Ryan Wendell‘s shotgun snaps were coming in low and he was collapsing the quarterback’s pocket all game by taking too many steps back. Dan Connolly didn’t look fully recovered from his offseason injury and Marcus Cannon was flagged. Nate Solder gave up his share of pressures, so the only linemen who really impressed were Sebastian Vollmer and Logan Mankins.

Mankins could have a big season now that he’s fully healthy and it was a promising start for the oft-injured Vollmer. The offensive line shouldn’t be an issue moving forward, but the Patriots do need to figure out who’s going to play at right guard between Connolly and Cannon.

5. Patriots’ lack of depth at defensive tackle shows: New England went with a full rotation at defensive tackle between Vince Wilfork, Tommy Kelly and Joe Vellano. Wilfork and Kelly played well, but Vellano struggled in his NFL debut. He was pushed around when defending the run and never got a push in the pass rush.

After Armond Armstrong went on the NFI list, the Patriots appeared to give up on attempting to acquire some depth behind WIlfork and Kelly. Vellano had some moments during the summer, but never showed he deserved a roster spot as an undrafted rookie. Either the Patriots will need to use Jones more inside moving forward, or they’ll need to try to keep acquiring and developing talent. Armstead can’t come back until Week 7 and the last time he was spotted, the defensive linemen looked far from his 300-pound playing weight. 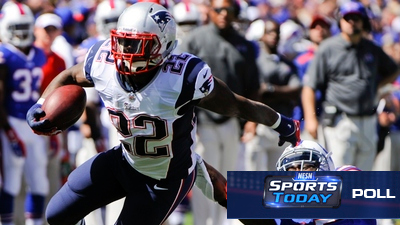 Vote: Who Has Most to Prove in Patriots-Jets Week 2 Matchup?