The man who brought Gareth Bale to Real Madrid claims to have been shopping in the bargain bin when he found the Welsh soccer star. Wait … what?!?

Real Madrid president Florentino Perez said the transfer fee, which the Spanish club paid the Premier League’s Tottenham Hotspur to release Bale from his contract , was “cheap.” He then revealed that Manchester United also made a formal transfer bid for the Premier League’s player of the year, according to Football Espana.

“Bale was cheap,” Perez reportedly told Spanish radio station Cadena SER. “The signing of Gareth Bale is the model of Real Madrid, signing the best player in the world at this moment, and that is what I say.

“All the great players of Real Madrid have been cheap. I will not say the amount, but we must not focus too much on the purchase price.

Neither Real Madrid nor Tottenham have disclosed the financial details of Bale’s transfer, but it has been widely reported that the Spanish club paid a world record fee of ?100 million ($132 million) for him. Perez says that figure is inaccurate.

“Some numbers that have come out I find difficult to understand and, if I were a journalist, I would not have reported them,” he said.

Real Madrid publicly courted Bale for over a year before landing him on September 2. Yet, Perez claims his club only made a formal offer after interest from a rival bidder, Manchester United, emerged just days before the transfer deadline. He then said the little boy inside of Bale told him to chose Real Madrid over the Premier League champion.

“Tottenham did not want to sell and we respected that. Then, when we found out that Manchester United would be making an offer, we made our own. Since his childhood he had the dream of playing for Real Madrid and he asked us to make it possible for him to come.”

Whether Real Madrid paid ?90 million ($121.4 million), as some reports in Spanish media claim or ?100 million, it’s hard to explain how Perez can call the price “cheap.” Perhaps he was trying to make a statement about how Real Madrid will pay any price to sign the “best player,” so we have to think “cheap” is relative, rather than absolute. 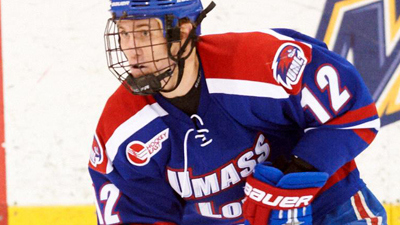 UMass-Lowell Not Thinking About Expectations, But Focused on Finishing What It Started Last Year