Though most players avoided admitting it, Tuesday night’s game felt like postseason baseball at Fenway Park.

The matchup featured not only the two best teams in the American League in the Red Sox and Tigers but also the star of each team’s respective pitching staff.

It has been said that this year’s edition of the Boston Red Sox is built for the regular season, but ill-suited for the playoffs. The Red Sox’ potent offense and impressive depth allow them to weather the seven-month grind and take advantage of other club’s soft spots, but they have been known to sputter when facing elite arms.

Philadelphia’s Cliff Lee has shut down the Boston bats this season, as have Tampa Bay’s Matt Moore, Seattle’s Felix Hernandez and Kansas City’s James Shields. Tigers ace Max Scherzer, a near mortal lock to win the Cy Young in the AL, is having a better year than any of those All-Stars, and he entered Tuesday’s game looking to become just the second pitcher in major league history to start a season 20-1.

Scherzer pitched exactly as advertised in the early going, striking out five of the first 10 batters he faced and allowing just one man to reach — Jonny Gomes on an infield single — through the first four innings. But through those four frames, Detroit was able to gain only a 1-0 advantage.

Though he was not as overpowering as Scherzer, Jon Lester matched the Tigers right-hander nearly step for step. Lester allowed the first runner of the game to reach third base, but he retired the next three batters to strand him there. He then allowed Detroit’s first — and only — run an inning later, on a line drive double courtesy of former teammate Jose Iglesias, but some boneheaded baserunning by catcher Brayan Pena prevented the Tigers from inflicting further damage. Lester followed that up by breezing through the third and fourth before escaping a bases-loaded jam in the fifth.

Up to that point, Scherzer had looked untouchable, needing a mere 43 pitches to get through the first four innings. His foundation began to crack in the fifth, though. A base hit by Gomes (one pitch after a disputed foul-ball call down the third base line) and a double by Stephen Drew put a pair of men in scoring position with one out. After Scherzer imposed his will on David Ross, striking him out on three pitches, Will Middlebrooks — who had struck out all four times he had faced Scherzer previously, including once earlier in the game — lined the first pitch he saw up the middle for a two-run single.

Those two runs proved to be the difference in the contest, as both offenses were rendered scoreless for the remainder of the night.

“It was huge,” Ross said of Middlebrooks’ base hit. “Especially after I had just struck out on three pitches. [With runners on] second and third, against a guy like that, you’re not getting too many opportunities, and we didn’t the rest of the night. [Scherzer] had a low pitch count, just all the makings of a complete-game shutout, to be honest with you. He did a great job of picking me up.”

Wins are far from expected when facing a hurler of Scherzer’s caliber, but they are necessary in October. A team cannot succeed in the playoffs simply by feasting on third, fourth and fifth starters, as a seven-game series almost always features four games against an opponent’s top pairing. Though they lack a rock-solid 1-2 tandem (there’s no Pedro Martinez–Curt Schilling buzzsaw on this year’s club), the Red Sox proved Tuesday that they can win a battle of No. 1 starters in the closest thing to playoff ball we’ve seen this season.

It’s only one game, but this was a big win.

“It means more than you guys know,” Middlebrooks said with a smile after the game. “I’m more excited than I’m showing.” 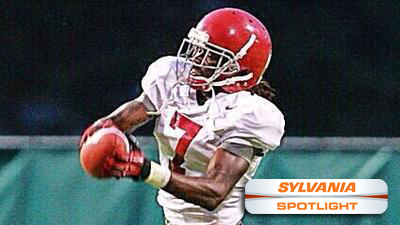