Barring a postseason meeting, Sunday’s game could be the last time Mariano Rivera appears at Fenway Park in uniform. As a result, the Red Sox are willing to put aside any hard feelings over their rivalry with the Yankees to honor the greatest closer in the history of the game.

The Red Sox will pay tribute to Rivera in a pregame ceremony on Sunday, the team announced. Rivera, 43, has voiced his plans to retire at the end of the season after 19 seasons. Major League Baseball’s all-time saves leader has made more appearances at Fenway than any opposing reliever in the park’s history.

The Yankees trail the Rays by one game for the American League’s second and final wild card spot. 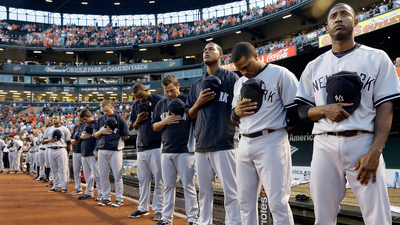 U.S. Soccer Climbs Six Places to No. 13 in FIFA Rankings After Qualifying for 2014 World Cup