Things didn’t work out for Tim Tebow and the Patriots, even though team owner Robert Kraft wishes they had.

“I love Tim Tebow and I very much wanted him on the team,” Kraft said during an interview with CBS This Morning on Tuesday.

Kraft, sporting a bright blue blazer, pink tie and patented white cuffs, was very candid during a seven-minute interview on the show Tuesday morning, discussing a myriad of topics ranging from the NFL’s concussion settlement to Aaron Hernandez and, of course, the release of Tebow. When the topic of Tebow was raised, Kraft spoke glowingly about the now free-agent quarterback but noted that there just wasn’t room for him on the Patriots’ roster.

“If you look at four of the last five years, we’ve only carried two quarterbacks,” Kraft said. “And when a cut-down time comes, you need those last three or four positions for depth, and we happen to have, I think, the finest quarterback in the history of the game, and he’s not going off the field except by injury. We have a great second-string quarterback. When he came in he came in as the third quarterback and we were all rooting for him.”

Even after acknowledging that Tebow was inferior to the likes of Tom Brady and Ryan Mallett — an obvious statement to some — Kraft continued to praise the quarterback. He said of Tebow, “I haven’t met a finer young man” and continued with his effusive praise later in the interview, noting the quarterback’s value both on and off the field.

“I think he wants to be a quarterback,” Kraft said. “And who’s to say he won’t get his opportunity? To have a guy like that in the locker room, the kind of person he is, the way he conducts himself.”

This isn’t the first time that Kraft has bestowed compliments on Tebow or even argued for the quarterback’s place on the Patriots. He’s been so supportive of Tebow, at this point, he’s started sounding somewhat like an agent for the polarizing player.

“Well, I’d love to be,” Kraft joked when prompted with the thought by CBS This Morning host Charlie Rose. “I’d love to be his agent.”

Considering the way Kraft has turned around the Patriots’ organization (12 division titles and three Super Bowl titles) since he took ownership in 1993, maybe Tebow should take him up on that offer. At this point, does have any other options? 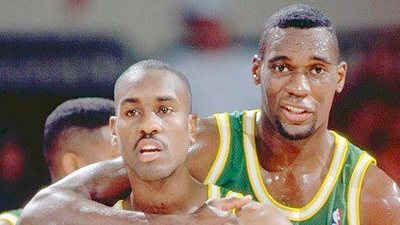