The Edmonton Oilers forward suffered a broken jaw on a high-stick from Canucks forward Zack Kassian during the second period of Saturday night’s game. Whereas Kassian scored an eight-game suspension for the errant stick, Gagner was on the receiving end of some misplaced teeth and a scary amount of swelling around his mouth.

Gagner will undergo surgery on Tuesday, but on the eve of going under the knife, he tweeted out the ghastly sight formerly known as his face. 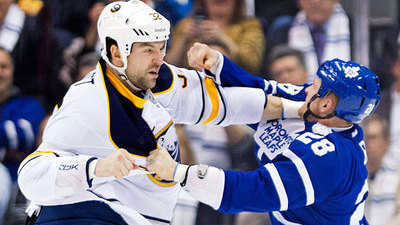