Seattle Seahawks fans are going to have a difficult time distinguishing a Colin Kaepernick enthusiast from a police officer on Sunday night.

Seattle announced that undercover cops will be dispersed throughout the stadium sporting the opposing team’s attire this season in an effort to reduce and control unruly behavior. The team’s plan begins this Sunday night with the highly anticipated NFC West matchup between the Seahawks and 49ers.

We have great fans,” Seahawks president Peter McLoughlin said in a statement. “Our goal is to ensure a safe environment for all in attendance, including visiting team fans.”

The game day staff will intervene against unruly behavior, foul or abusive language, and verbal and physical harassment of opposing team fans, stadium guests and staff members, according to the Seahawks. If fans do violate the code of conduct, they will not be allowed back into the stadium until they have completed a four-hour online educational course for the cost of $75. In extreme cases, season tickets may even be revoked.

Better let the guys on the field do the trash talking this season, Seattle. You can now eat your favorite team for breakfast. 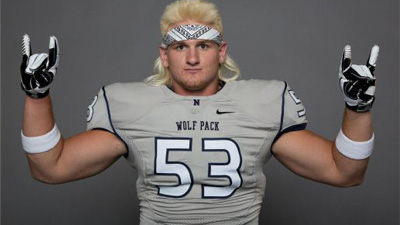 Report: Von Miller Has Open Warrant for Arrest in California After Failing to Show Up to Another Court Date