And the No Fun League strikes again.

The Tampa Bay Buccaneers have scrapped their plans to celebrate Hispanic heritage by wearing their retro “creamsicle” uniforms with a Florida orange, red and white helmet with the “Bucco Bruce” logo on it, the team announced. The Sept. 29 game against the Cardinals will still have the same theme, but because of new NFL rules about helmet colors, the team will no longer sport their throwback uniforms.

The new league policy “strongly urges” teams against wearing alternate helmets during the season and was implemented at the suggestion of  NFL?s Head, Neck and Spine Committee and the Player Safety Advisory Panel.

?We are excited to celebrate and honor the Hispanic heritage that has had such a profound impact on our community,? Buccaneers chief operating officer Brian Ford said in a team-issued release, via Pro Football Talk.  ?While we regret that our players will not be able to don the ?Bucco Bruce? helmet and traditional orange, red and white uniforms, there simply was no acceptable way to meet the requirements of the new policy while staying true to the spirit of our throwback theme.  We will continue to explore options with the league office for bringing back this fan favorite in future seasons.?

The team said the uniform issue will not change the rest of the festivities planned for the Hispanic Heritage celebration at Raymond James Stadium.

The league rule will have an affect on other teams planning to don throwback uniforms this season, too. The Patriots’ throwback helmets are white and feature a Pat Patriot logo, while their current helmets are silver.

Nice night for a skate, eh?

We feel ya, Koji.

Nationals shortstop Ian Desmond has some serious competition in his wife, Chelsy. 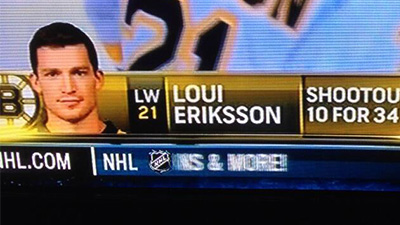 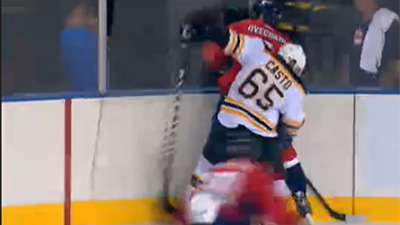