Tim Tebow Could Be Back With Patriots, As Bill Belichick Is Famous for Using Roster Moves to Full Advantage - NESN.com Skip to content If Rex Ryan knew what he was doing, he would sign Tim Tebow again.

The Jets wouldn’t know how to use Tebow any more this time around than they did last time, but such a move would at least keep Tebow out of Bill Belichick‘s hands.

Despite Belichick ending Tebow’s time in New England this past Saturday, there’s good reason to think Belichick will find a way to bring the quarterback project back.

Belichick has reached one of the points of the year where he really sets himself apart from his NFL counterparts. While plenty of NFL coaches like to fiddle with their rosters and practice squads, few are as adept at it as Belichick. (He’s also known to poach recently released guys that other teams were planning to keep, a la Danny Woodhead, so that’s where Ryan could get some retribution.)

The consensus around the NFL over the weekend was that Tebow’s time in the league is pretty much done. The Patriots cut him from their 53-man roster despite appearing to ditch some veterans to leave a spot for him, and Tebow passed through waivers, meaning the other 31 NFL teams weren’t interested, either. Now it’s down to talk of the Canadian Football League, and the thinking around the league is the same as when Tebow was first signed: If Belichick can’t make use of him, no one can.

But as surprising as it was to see Tebow cut when it appeared the Patriots would give him more than a summer to show whether he could stick, leaving him off the roster heading into the season isn’t necessarily a death knell. Just as Belichick was once Tebow’s greatest hope in finding a coach who would know how to use his complicated skill set, Belichick is again the only coach for what Tebow needs now.

Of all NFL coaches, Belichick is the most likely to squirrel Tebow away for when that stray roster spot pops open.

Tebow isn’t going to help the Patriots win games this year. He’s not a third-string quarterback — he’s more a fifth-string project that New England needs to develop behind the scenes over months, not weeks. So it makes sense that the Pats wouldn’t bend over to get him on the 53-man before the season begins.

But once the year starts rolling, and New England has a better idea of who is fitting where, it wouldn’t be surprising if Belichick sneaks Tebow back in for some more work. In fact, Tebow would probably be on the practice squad right now if it weren’t for his ineligibility due to the number of years he’s played in the NFL.

Belichick has showed interest in developing Tebow, but by leaving him off the opening roster, he has done him one better than he would have by keeping him. He’s cleared away the impediment of Tebow hogging a roster spot on a very young team that is still shaking out its position groupings, and he’s taken away the distraction of Tebow holding a clipboard and getting camera attention when there’s no chance he’ll play this year. Tebow staying on the team out of camp would have continued the idea that this is a quarterback who’s ready to play on the team and even jump into games. Tebow is not, and he never will be until he has time to develop.

Belichick has a long history of patience with projects. The Patriots are littered with players who came from either the practice squad or special teams — or both — and gained a foothold. Belichick would rather develop someone into the kind of player the Patriots need than bring in established free agents or guys who are only versed in one spot. Being a hard worker in the reserves bodes well for players on the Patriots.

Belichick has already made such moves even since the first rounds of cuts this year, and he said Monday that he was prepared to keep juggling the roster.

“I don’t know what’s going to happen year-to-year in a certain week,” Belichick said when asked about Tebow. “We’ve had a lot of players that have left here and come back here. I don’t think that would be any different. That’s already happened multiple times this year.”

With a track record of using roster moves and the practice squad to expand his roster capabilities from that of 53 men to many, many more, Belichick has shown that the group that comes out of camp is hardly the final rendition for the Patriots. Injuries happen. Players underperform. But, most importantly, the coach keeps a broad perspective, knowing that one player who may not be ready at one point can always be used down the road.

Perhaps the best example for disappointed Tebow rooters is one classic Patriot: Deion Branch. The veteran wide receiver came back to the team in 2010 and finished the year strong, then posted a decent 2011, producing on the field and helping the young players off it. He was re-signed as a free agent and went all the way through camp in 2012. He appeared to be ready to play another season until he was unceremoniously dropped during final cuts.

If a veteran who had contributed to the team before and could contribute again can find his way back onto the roster, Tebow surely can. Belichick watches out for the guys he’s tagged as those who can work with the way the Patriots do things, and Tebow could fit that mold as well as Branch did, considering that’s much of why Belichick brought him in last spring in the first place.

It looks ominous for Tebow supporters, his strong final preseason game and his best chance at sticking in the NFL flying away under the last cut. But there’s a reason Rex Ryan should have scooped up Branch before, and a reason he should get Tebow now.

Belichick, of all people, may be the one who uses Tebow again. 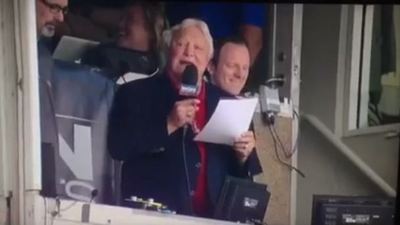 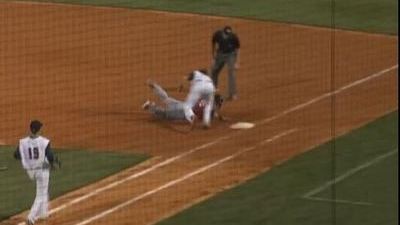