Tom Brady has been in some rare company throughout pretty much his entire career. On Thursday, he added another achievement to his already lengthy list.

With his first quarter touchdown to rookie receiver Aaron Dobson, Brady joined Saints quarterback Drew Brees as the only two quarterbacks in NFL history to throw a touchdown in 50 consecutive games. Brees set the new record last season, overtaking Johnny Unitas‘ 47-game streak, throwing for a score in 54 straight games before being stymied by the Atlanta Falcons on Nov. 29, 2012.

Brady began his streak in the first game of the 2010 season. His last game without a touchdown pass came in a Week 17 loss to the Houston Texans in 2009, which coincidentally was also the game where former Patriots receiver Wes Welker tore his ACL.

If he continues his pace, Brady would have the chance to tie Brees’ record when the Saints visit New England in Week 6 on Oct. 13. 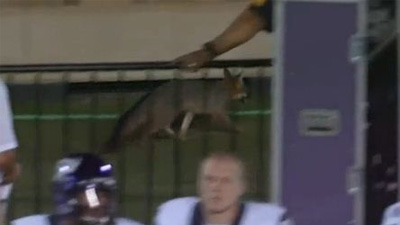