7:30 p.m.: Just when we thought the dust had settled, the BBC reports that Coentrao’s move to United may be off.

“BBC Sport has learnt that Manchester United did submit their paperwork for their season-long loan deal for Fabio Coentrao before the 2300 BST deadline. But the move will only go ahead if both United and Real Madrid entered the correct details of the deal on Fifa’s new transfer matching system. The deadline for that system closed at midnight.”

This won’t be settled until Tuesday at the earliest, so we will sign off on our live Transfer Deadline Day Live Blog.

Check NESN.com/soccer in the coming days for analysis of the days events and a look at some of the summer transfer window’s winners and losers.

7 p.m.: Everton has emerged as one of the leading deadline-day protagonists, as manager Roberto Martinez has sanctioned the departures of two players and the arrivals of three.

Fellaini is off to United, and Victor Anichebe is heading to West Brom in a deal that could be worth as much as £6 million ($9.3 million), according to the BBC.

Coming to Goodison Park Lukaku and Gareth Barry (from Manchester City) on season-long loans. James McCarthy will be reunited with his old manager Martinez after the Toffees spent £13 million ($20.2 million) to buy him from Wigan.

6:40 p.m.: MLS is involved in the deadline-day madness, as Kei Kamara, a forward with Sporting Kansas City, has joined Middlesbrough after signing a two-year contract with the Championship club.

Kamara impressed during a loan spell with Norwich City last season, but the Canaries chose not bring him him to the Premier League permanently.

Middlsbrough plays in the second division, but it played in the top flight as recently as 2008-09.

6:30 p.m.: Manchester United has done some business in the final hours of the summer transfer window.

The Red Devils signed Fabio Coentrao on a season-long loan from Real Madrid. The left fullback joins United after its pursuit of Leighton Baines was ultimately unsuccessful.

Meanwhile, Fellaini has joined United from Everton for £27.5 million ($42.8 million), according to the Telegraph.

Chelsea’s 20-year-old striker Romelu Lukaku will play for the Toffees this season, after moving from West London to Mersyside on loan.

6:15 p.m.: Stephane Sessegnon is leaving Sunderland for West Brom. The BBC reports the Baggies have paid a club-record fee (without disclosing how much) for the playmaker from Benin.

6 p.m.: The English window is officially closed, but there are a number of moves in the works that will become public in the hours to come.

The German playmaker is the second most expensive signing in British soccer history (after Fernando Torres), signalling that Arsenal’s early-summer claims of increased financial firepower were very real.

5:30 p.m.: Sunderland has made a pair of deadline-day moves, and both have Liverpool connections.

The Mackems have added left fullback-midfielder Andrea Dossena, who joins from Napoli. He played for LFC in 2008-09.

Fabio Borini moves to Sunderland on a season-long loan from Liverpool. The Italian forward will compete with Jozy Altidore and Steven Fletcher for playing time at Sunderland.

Dossena and Borini, both Italians, will work under Sunderland’s Italian task-master of a manager, Paolo Di Canio.

5:05 p.m.: There’s less than one hour to go before the English window closes. We’ll soon find out who’s on the move.

4:55 p.m.: In an effort to gain ground on Barcelona and Real Madrid while cementing its supremacy over the rest of La Liga, Atletico Madrid has signed two young and talented players.

Central defender Toby Alderweireld, 24, has signed for an undisclosed fee from Ajax. He will look to replace Martin Demichelis, who joined Manchester City on Sunday.

4:45 p.m.: Manchester United fans like Usain Bolt are urging their club to sign someone on deadline day.

The news out of Old Trafford isn’t what they are hoping for, as young midfielder Nick Powell has joined Wigan Athletic on a season-long loan.

4:35 p.m.: There’s some big news in France, as Florian Thauvin has joined Marseille from Lille, despite never having played for Lille.

The BBC explains how this happened.

“When Lille signed him from Bastia for £3 million [$4.7 million] in January, they loaned him straight back to the Corsican club. Then, after inspiring France to their Under-20 World Cup triumph, Thauvin decided he no longer wanted to play for Lille and went on strike.

“His behaviour has been widely criticised but Marseille won’t be complaining; they’ve just secured the services of the one the most exciting young talents in Europe for £12.7 million [$19.8 million].”

The 22-year-old has experience in La Liga with Espanyol and Getafe, as well as being a regular with Spain’s U-21 national team. He was the joint-top scorer at the FIFA U-20 World Cup in 2011 and a key part of the U-21 team that won the European Championship this summer.

He joins Michu, and Wilfried Bony on Swansea’s strike-force.

3:35 p.m.: Aston Villa has signed Libor Kozak from Lazio. The Czech striker moves to Villa Park on a four-year contract.

He was the top scorer in last season’s UEFA Europa League (10 goals in 11 games) but didn’t see much action in Serie A.

The-24-year-old will push Christian Benteke for a place in the Villa starting lineup.

3:30 p.m.: With under three hours left before the transfer window closes for English clubs, a big name could be on the move.

Everton’s Marouane Fellaini was seen driving away from the team’s practice facility. He was bearing bad news for Toffees fans, according to Tony Barrett of the Times of London.

Fellaini is reportedly a target of Manchester United, and David Moyes could finally bring the Everton midfielder to Old Trafford.

Sky Sports reports Bannan was frustrated at Villa, having not played in competitive action so far this season.

“The season’s been started now for a couple of weeks and I’ve not featured at Villa,” Bannan said. “It’s perfect for me, really, staying in the Premier League and I’ll do the best I can.

“I played a lot of games last season but the gaffer at Villa has obviously decided to go another way. You can’t complain – some managers like you, some don’t.”

2:30 p.m.: The transfer window for Bundesliga clubs is officially closed, and there weren’t too many notable moves in the German top flight.

That’s about it for a league which has ambitions of being the world’s most exciting. It’s okay. What happens on the field is more important than transfer madness, anyway.

2:15 p.m.: Arsenal has signed Palermo goalkeeper Emiliano Viviano on a season-long loan with an option to buy. The 27-year-old has four years’ experience in Italy’s Serie A, including last season in which he stood out for Fiorentina.

Rather than play for Palermo in Serie B, Viviano has joined Arsenal. He will compete with incumbent starter Wojciech Szczesny and backup Lukasz Fabianski for playing time.

Viviano had a stand-out campaign for Fiorentina last season

1:55 p.m.: Peter Odemwingie is leaving West Brom for Cardiff City in a £2.5 million ($3.9 million) deal, according to WalesOnline.

The 32-year-old was the subject of one of the strangest deadline-day affairs last winter. He drove himself from Birmingham to London in an effort to force a move to QPR, but the teams never agreed on a fee. He was effectively banished from West Brom for the second half of last season.

The Cardiff move closes that particular chapter of the Nigerian forward’s career.

The move reunites Ireland with Stoke City manager Mark Hughes. Hughes and Ireland worked together at Manchester City, where the attacking midfielder had his best years before joining Villa in 2010.

FC Porto defender Eliaquim Mangala and Benfica defender Ezequiel Garay have been linked with English (Manchester City, Chelsea and Manchester United) and European clubs throughout the summer. Both say they are happy to stay at their current clubs, according to Sky Sports. At this point in the transfer window, we’re inclined to believe them.

Garay’s contract will have 18 months to run when the winter transfer window opens in January. The Argentine could move during that window, but it is more likely that he will leave Portugal next summer.

12 p.m.: There were two overnight deals of note.

The first saw Marko Arnautovic join Stoke City from German club Werder Bremen. Arnautovic, 24, is an Austrian international winger who can also play centrally. He made his name with Dutch club FC Twente before joining Inter Milan for a brief spell. That led him to Werder Bremen, where he played for three seasons.

The other transfer saw Kaka head back to AC Milan from Real Madrid. The 2007 FIFA Player of the Year reportedly joined the Italian giant on a free transfer — just four years after moving in the other direction for £56 million ($87.2 million).

Kaka’s return to to Italy is the stuff of fairy-tales, but serious doubts about his ability remain. He is 31 and hasn’t played regular games since 2009-10. Milan fans are celebrating his return, but can he deliver on the field? 11 a.m. ET: The dominoes are falling fast all over Europe.

The transfer deadline for many of Europe’s major soccer leagues is upon us, and players are switching teams in a frenzy of deadline-day moves.

The summer transfer window, which opened on June 11 for Premier League clubs, has seen members of England’s top-flight spend mind-boggling amounts of money on new players. The summer-spending record of £500 million ($774.8 million) was set in 2008.

However, the biggest transfer — ever — has taken place in Spain. After a lengthy pursuit, Real Madrid finally landed Gareth Bale from Tottenham Hotspur. England’s reigning Player of the Year will take his talents to the Spanish capital. He will reportedly wear a price tag of around £85.3 million ($133 million) and the badge of “world’s most expensive player” as he looks to become a legend at the Bernabeu. Bale will join the likes of Cristiano Ronaldo, Zinedine Zidane and David Beckham as “Galacticos” — superstars whom the Spanish giant is willing to pay any price to acquire.

Bale’s transfer has set the transfer wheels spinning again. His arrival will prompt Real Madrid to sell some of its stars, including Mesut Ozil, who looks bound for Arsenal and Kaka, who is returning to AC Milan.

The transfer window for Premier League clubs closes around 6 p.m. ET. We’ll follow all the major comings and goings from England and beyond in this space. Stay with us to see which teams and players are making major moves on transfer deadline day. 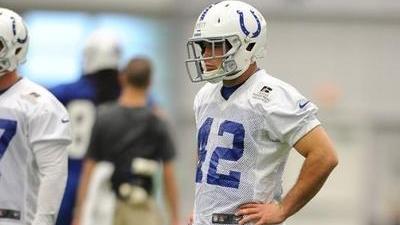 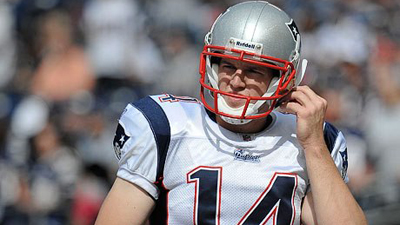