It was a bash and everyone was invited.

Xander Bogaerts has been impressive since being called up by the Red Sox on Aug. 19, but he officially enjoyed his coming-out party Saturday. The 20-year-old launched his first big league home run in a 13-9 victory over the Yankees in New York, further showing that the wait is over when it comes to him making an impact at the major league level.

Bogaerts entered Saturday?s contest hitting .300 (6-for-20) in nine games. He showed flashes of his immense potential during his limited action, but he hadn?t started a game in almost a week, as he?s clearly a bench option behind incumbent starters Will Middlebrooks and Stephen Drew, who are both swinging hot bats. Bogaerts proved Saturday that he?s ready to contribute in a bench role, though, and it makes the Red Sox that much deeper as they head down the stretch.

“I really showed myself today that I can play in that role, so today was pretty huge,” Bogaerts told reporters in New York. “Until today, I wasn’t sharp at all. I just went back to my leg kick, and I got some new bats. It’s a credit to the bat.”

Bogaerts doubled in his first at-bat in the third inning and scored when Jonny Gomes hammered a three-run homer that made it 5-1 at the time. The rookie?s memorable blow came in the fifth inning, when he took four pitches and then absolutely crushed a 3-1 fastball for his first major league home run. The ball jumped off Bogaerts? bat and left the yard in a hurry, traveling over the bullpens in left field.

“I wasn’t doing that at 20, that’s for sure,” Gomes told reporters. “That’s a big part of the ballpark. We just can’t forget that in between the lines and the behind-the-scenes stuff, that the kid is 20 and is a shortstop. Not too many shortstops with that power.”

Bogaerts followed up his magnificent blast with a nice defensive play in the bottom of the fifth. Robinson Cano hit a ground ball up the middle, and Bogaerts — who got the start at short with Drew getting the day off — charged it. Realizing that he didn?t have much time, Bogaerts barehanded the roller before chucking a dart to first base to complete the out. Defensive gems are just gravy when you?re talking about a player as offensively gifted as Bogaerts, but hey, why not kick the party up a notch?

That’s exactly what the Red Sox have been doing lately, as Boston has now won 12 of its last 14 games, including three straight over the Yankees. The Red Sox’ offense has been receiving contributions from all over the place, but Saturday marked Bogaerts’ first chance to leave a mark and he didn’t disappoint.

Bogaerts’ playing time will likely continue to be sporadic, especially with Middlebrooks and Drew playing so well. But Saturday showed that The X-Man just might play the role of X factor when given the opportunity. 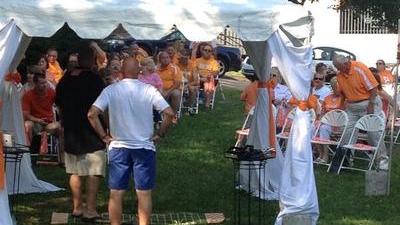