They never made an Air Bud flick about a dog who ran marathons, but have no fear because that awesome feat actually happened.

Boogie Butts, an 8-year-old chocolate Labrador, slipped his owner’s leash on Friday night, according to the Evansville Courier & Press, but he didn’t spend his freedom lounging around.

On Saturday morning, Boogie found himself at a gas station that was serving as the starting line of the Evansville Half Marathon in Indiana. Boogie joined the runners for the 13.1 miles, and finished with a time of 2 hours and 15 minutes which was better than 1,128 of the race’s participants.

Sure, he had a leg (or two) up on the competition, but the 100-pound dog still received a medal for his accomplishment — after he got out of doggy jail that is. Boogie was taken to animal control until his owner, Jerry Butts, was able to come pick up his athletic pup.

“I could hear him barking soon as I got out the car,” Butts told the paper. “Right then, [a woman at Animal Control] said, ?Your dog is an Internet celebrity, and you?re going to have to have prove it?s yours.??

Butts says Boogie now has a microchip so he won’t be running off anymore, which is good news for the participants who got beat by a dog who didn’t even train for the event.

Don’t tell me someone is selling this rivalry masterpiece. 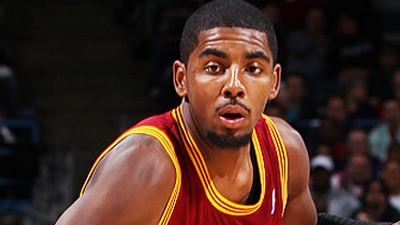