From season to season or week to week, improvement is expected from pro football players.

Sometimes, for one reason or another, that improvement is delayed or never comes. Going into this season, the Patriots’ defense was expected to be better because of development across the board.

This unit is still playing well despite injuries to four starters because Alfonzo Dennard, Devin McCourty, Steve Gregory, Chandler Jones, Dont’a Hightower and Aqib Talib all improved from 2012 to 2013. Injuries were expected to ravage this roster due to a perceived lack of depth, but even some of the rookies, Joe Vellano, Chris Jones, Duron Harmon and Logan Ryan, have seen a major boost from Week 1 to now.

Another rookie on the offensive side of the ball has also progressed. Aaron Dobson played his best game as a pro against the Dolphins. Dobson still dropped a pass (please don’t call him Dropson), but in catching the ball away from his body and gaining better separation, the rookie managed to catch four of Tom Brady‘s five passes thrown his way.

To read more about Dobson and the rest of the team’s performance in Week 8, check out the film review below.

Brady actually played one of his best games of the season, despite completing just 13 of 22 passes for 116 yards with one touchdown and an interception. His worst pass was his first: an interception on a pass intended for Rob Gronkowski. No one else was open, so it wasn’t a matter of throwing to a different player, it was just an ill advised throw that was slightly behind the tight end.

Brady had four bad incompletions and other iffy completions, including a couple passes behind Danny Amendola and Julian Edelman, but for the most part, Brady played fine. The fact was, New England just didn’t need that much out of its quarterback to win.

Brady’s best pass of the game didn’t count in the record books. He hit Gronkowski for a long touchdown, but it was called back due to a holding penalty on Nate Solder.

As usual, Stevan Ridley was the team’s best running back. For reasons still unknown, Ridley didn’t get his first carry until the Patriots’ second offensive play of the second quarter. Ridley excels for a few reasons, but his quick burst off the hand off and sudden cuts are chief among them. Brandon Bolden and LeGarrette Blount get what’s given to them by blockers. Ridley excels at getting more than what’s there.

Bolden and Blount certainly had their moments as well. Bolden got some extra yards by breaking tackles and Blount showed nice patience on New England’s first offensive drive of the third quarter. Blount was a big part in helping the Patriots pick up their third touchdown of the game, though Ridley got the score.

Since the summer, Aaron Dobson has made major strides. He’s getting open by gaining separation with better route running and strength. He had the best stats on the day among Patriots receivers and the best day.

Danny Amendola and Julian Edelman were sharing snaps. Neither could get much going against Jimmy Wilson and the rest of the Dolphins’ cornerbacks. Amendola and Edelman have had a tough time getting yards after the catch recently, too.

Austin Collie got 33 snaps. He wasn’t targeted because he was having a tough time getting open. Kenbrell Thompkins barely played. His one target from Brady was bounced off the turf.

Gronkowski wasn’t as productive as he was in his first week back, nor did he play as many snaps, but the All-Pro tight end continues to look good. He’s been a boost to the Patriots’ run game. Gronkowski was double and triple teamed at times, but he got open for the most part when he was singled covered.

Michael Hoomanwanui had some nice blocks in the run game while sharing snaps with Gronkowski.

Logan Mankins had an uncharacteristically bad day. He let up three sacks and a couple more pressures. The rest of the offensive line had their troubles, but for the most part, they played well. Sebastian Vollmer did a nice job against Cameron Wake until he broke his leg. Marcus Cannon played his best game of the season in reserve.

Chandler Jones had a tough time against Bryant McKinnie. He recorded just one hurry and got dominated in the run game. Jones has been great all season, so it was a surprise to see him struggle. Some of the issues came because he played five-technique defensive end for the majority of the Patriots’ 30 snaps in the 3-4 defense. He also received some snaps at outside linebacker when Andre Carter filled in at five-tech.

Jones was forced to cover Charles Clay one on one. He’s lucky Ryan Tannehill did not look his way. He was having a tough time. Jones is definitely at his best at this point when he’s playing the seven-technique defensive end in the 4-3 when he can use more speed to crash the edge.

Rob Ninkovich had a strong game against the run, in coverage and rushing the passer. He had one sack, four hurries and a quarterback hit. It’s a little unfair to put Ninkovich with the defensive linemen since he split his time between outside linebacker, defensive end and strong-side linebacker. Ninkovich has a knack for creating bit plays, but not getting credit for them. His pressure allowed Hightower to get a sack on Sunday. He also caused Ryan’s 79-yard pick-six against the Jets. Woe is Nink.

Carter looked a little rusty in his first snaps with the Patriots. Some of that may be due to him playing out of position at five-tech, though.

Chris Jones and Joe Vellano had some up and down moments. Jones is disruptive — he had a sack and a hurry and should have been credited with another 1/2 sack — but has trouble holding his ground at times. The two rookies share time at nose, three-technique defensive tackle and five-technique defensive end since neither are prototypical nose tackles who can hold their ground against multiple blockers.

Frankly, they do the best they can, but its a good thing New England acquired Isaac Sopoaga from the Eagles. Marcus Forston is not the answer at the nose.

Vellano had some disruptive moments at defensive tackle.

Hightower still struggles a bit in coverage, but he came up with a game-changing sack in the third quarter that sparked Caleb Strugis‘ boinked field goal. Hightower has a tendency to get blocked out in the second level against the run at times, but he filled his gaps pretty well for most of the game.

Brandon Spikes has had better games, most notably against the Bengals and Jets, but given the Patriots’ record in those games, maybe it’s best Spikes doesn’t excel. Spikes had some nice run stuffs, but he also overpursued at times and missed some tackles. There are few linebackers in the league who can blow up offensive linemen like Spikes, though. He’s an explosive player.

Dane Fletcher was the Patriots’ dime linebacker oddly enough. One would think if he was good enough to play the pass in dime, he’d be good enough to get snaps over Jamie Collins in the base. But alas, Bill Belichick works in mysterious ways (spoooooky). Fletcher had a sack and let up a touchdown in coverage. For the most part, he was dropping back in a deep zone.

Collins had some struggles. He played outside linebacker in the 3-4 and defensive end in the nickel. He failed to record a pressure. He got thrown around a bit against the run. He may need to add some bulk to set the edge better. Sopoaga may wind up taking Collins’ spot in the base defense in a roundabout way. Chris Jones and Vellano would play the ends and Chandler Jones would move more permanently to outside linebacker.

Dennard let up the most receiving yards out of any Patriots player in coverage (a mere 37 yards), but he was his usual dominant self against Brian Hartline. Dennard was physical with the tall outside receiver. Dennard did a pretty good job covering the run on cuts to the outside too.

Arrington was pretty dominant against Mike Wallace. It was odd to see the usual slot corner line up across the speedy outside receiver, but it worked to perfection. Arrington held Wallace catchless while they were on the field together. Arrington left the game midway through the third quarter with a groin injury. The injury is not serious.

Marquice Cole had a good game in the slot, then moving to the outside to cover Wallace when Arrington was out. He allowed a touchdown to Brandon Gibson but also came up with an incredible interception tipped from McCourty. Cole has done well in an increased role with Talib out.

Logan Ryan didn’t come in until the second play of the second half, but made some big plays in the nickel and dime defenses. He had two sacks, a forced fumble and another near pick-six. Ryan got beat a few times in coverage but did a good job of limiting yards after catch.

The secondary in general did a fantastic job of limiting gains from the Dolphins. Tannehill averaged just 5.3 yards per attempt. It was a really impressive performance with Talib out.

McCourty is cementing his spot as one of the league’s top safeties. He started out the season as a solid player in the defensive backfield, but as the season is progressing, he’s making more and more big plays. McCourty is reason No. 1 why the Patriots have allowed far fewer big plays this season. Quarterbacks appear terrified to throw deep on New England.

On a number of snaps in dime, McCourty came down to play the “money” role opposite the fourth receiver. Gregory and Harmon also had reps in that role.

Gregory continues to have a solid season. He’s become the de facto hard-hitter in the middle of the Patriots’ defense and he’s doing a nice job in that strong safety role. He’s stayed away from helmet-to-helmet hits, too, which is nice to see.

Harmon is the sixth defensive back in dime sets. He does well at helping out in the back end of the defense. He pulled in his first-career interception, but it more closely resembled a punt return. 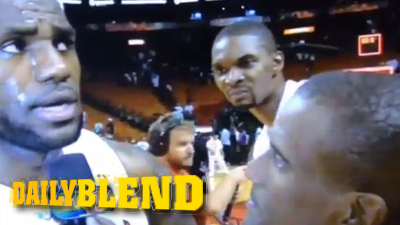