Alex Rodriguez said he would stop commenting on his ongoing feud with Major League Baseball during the season, when the back-and-forth was distracting the Yankees from their pursuit of a playoff spot.

Days after the end of the regular season, he has resumed his attack.

The New York Times reports that Rodriguez, in the midst of fighting a 211-game suspension from MLB, has also filed a suit against the league. In the lawsuit, filed late Thursday, he accuses the league of a “witch hunt” against him, saying MLB is trying to force him out of baseball.

Rodriguez’s suit accuses MLB of interfering with his contracts and future business relationships, and it also points to the league’s questionable relationship with Anthony Bosch, the founder of the Biogenesis clinic from which Rodriguez is accused of buying performance-enhancing drugs. Bosch cooperated with MLB to bring down dozens of players who were former clients, and the suit alleges that Bosch was paid $150,000 in a bag handoff at a Florida restaurant for records related to Rodriguez.

?The entire legal dynamic is very complex, and my legal team is doing what they need to in order to vindicate me and pursue all of my rights,” Rodriguez said in a statement. “This matter is entirely separate from the ongoing arbitration. I look forward to the arbitration proceedings continuing, and for the day to come when I can share my story with the public and my supporters.?

Rodriguez has objected before to what he has said is a singling out in MLB’s push against performance-enhancing drug use. 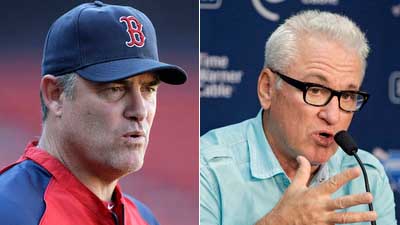