Don’t ever say the University of Arizona doesn’t teach them well.

It has become popular among NBA players to look at teams in Florida and Texas as the most desirable free-agent destinations. Even when compared to the glitz of New York and Los Angeles, the absence of state income tax has given a tangible advantage to clubs like the Miami Heat and Houston Rockets in wooing top-tier free agents. Players that sign with one of those teams get a lot more of their millions than they otherwise would in another state, which is an understandable draw.

By that logic, Andre Iguodala gave up a lot of money when he chose the Golden State Warriors this summer. The free agent reportedly was within an hour of signing with the Dallas Mavericks when he approved a sign-and-trade between the Denver Nuggets, his incumbent employer, and the Warriors at the 11th hour. Under the LeBron James–Dwight Howard rationale, Iguodala’s move was somewhat of a surprise. He was leaving a state with less than 5 percent income tax and spurning a state with no income tax in favor of a state that taxes the incomes of its highest earners at more than 12 percent.

Apparently, nobody ever taught Iguodala basic economics. Or maybe he just took a more advanced class than any of his peers.

Iguodala revealed in an interview with ESPN The Magazine that his decision to sign with Golden State was due to more than simply getting the chance to play alongside Stephen Curry. It turns out Iguodala is a lot more shrewd with his money than people might have assumed, and that he is already preparing himself for his post-playing career.

“I thought the Bay Area would be a great spot for me,” Iguodala told Sam Alipour. “There are just so many opportunities out here. I’ve got my mind on tech funds and venture capital funds. That’s what I want to get acquainted with. In fact, my financial team has already started laying some of that groundwork.”

From the sounds of it, the big, geeky glasses Iguodala wears aren’t just for looks, unlike some of his NBA brethren. He says he has gone to seminars about investing and how to run a team, and hopes to own an NBA and a WNBA franchise. He plans to pick the brain of Warriors owner and successful venture capitalist Joe Lacob, and calls himself the “biggest fan” of Larry Ellison, the CEO of Oracle Corp., based in Santa Clara, Calif. He interned at Bank of America Merrill Lynch during the lockout two years ago.

In other words, Iguodala looks at the few hundred thousand extra Howard will get from the Rockets and scoffs. Maybe the tax-free route makes sense for a player whose end game is making as much as possible in his relatively brief playing career and then kicking back for the last 40 years of his life. That’s not for Iguodala. The 29-year-old knows this NBA gig can only last another few years, and nothing is promised after the four-year, $48 million contract that begins this season.

That is why he chose Golden State. In his mind, the intangible benefits far outweigh the tax costs.

“The salary you give up by signing in a state with income tax, or in a city that offered you less money, can be recouped later on if you connect with the right people, put in the hours and invest in the right way,” Iguodala said. “There’s a billion-dollar company being built every couple of weeks out here.”

Iguodala, who has long been accused of being too smart for his own good, once again opens himself up to criticism. Many fans hate the idea of a player thinking beyond the next day, the next game or the next season. The idea that Iguodala would choose a team for what it can contribute to his long-term, non-basketball plans might strike some as selfish.

Of course, that is hypocritical. Fans shake their heads when athletes like Antoine Walker, who earned more than $108 million is his career, ends up broke a few years after retirement. They tsk-tsk when players hang on past their primes for the ample paycheck because those players got used to the lavish lifestyle and never planned for the future. Yet if Iguodala has a few bad games this season, someone will surely accuse him of spending too much time worrying about his investment interests and tell him to “stick to sports.”

Professional athletes can earn a lot of money, but they are given a finite length of time to do it. There are numerous ways to assure they don’t end up like Walker. One way is to accumulate as much money as possible in those few years and hope the savings or stock investments last the rest of their lives. Another way is to go into TV (which some would consider a worse fate than Walker’s). Iguodala’s preferred method is to immerse himself in an innovative culture in the hopes that, either before or after he is done playing, he can find a worthwhile place to invest his millions.

Certainly, Iguodala doesn’t have to be in the Bay Area to do any of this. Mark Cuban probably would have given him all the guidance he needed in Dallas, and he could always just pay a financial adviser to play with his money while he focused on basketball. Iguodala clearly has his mind on more than just being rich, though. He wants to get his hands dirty and see his hard work and money help something grow from nothing into something great.

Putting a price tag on that is tough, but not impossible. Iguodala already has his pencil and calculator primed to do the calculations. 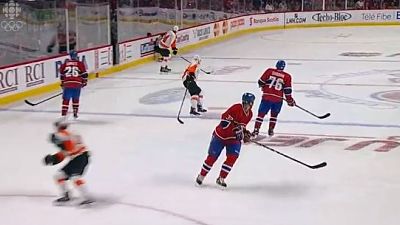 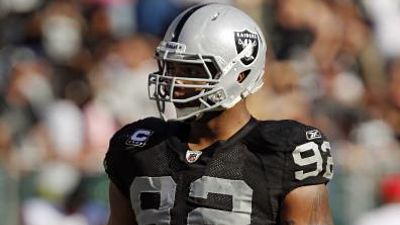