Much of the credit goes to Aqib Talib, but the entire Patriots secondary had to shine to hold Graham and the Saints’ offense. That’s why two defensive back are included in this week’s stars of the game.

Check out the rest of the stars of the game below.

Tom Brady – Well. What can you say? He threw an interception on what could have been the Patriots’ game-winning drive. Then he connected with Kenbrell Thompkins for a 17-yard game-winning touchdown. That’s why he’s Tom Brady.

Aqib Talib – Talib held Graham catchless before the No. 1 cornerback left the field. Talib has been a nuisance the last four weeks as he’s gone against top receivers. He limited Vincent Jackson, Julio Jones, A.J. Green and Graham in consecutive weeks.

Talib left the game with a hip injury. He did not return.

Alfonzo Dennard – Dennard has been nearly as good as his counterpart across the field. He was in on a touchdown to Kenny Stills, but it was just as much, if not more, on Steve Gregory. The defense isn’t just shining because of Talib, it’s because of the entire secondary. Devin McCourty, Kyle Arrington, Logan Ryan and Gregory had solid games, as well.

Stevan Ridley – The Patriots finally went back to last year’s bell cow back. The decision paid off for New England. He scored two touchdowns and kept the offense moving all game.

Chandler Jones – The defensive end came up with two key sacks, including the one that gave the ball back to the Patriots. The Patriots’ pass rush wasn’t fantastic, but Jones came up with big plays when they were needed. 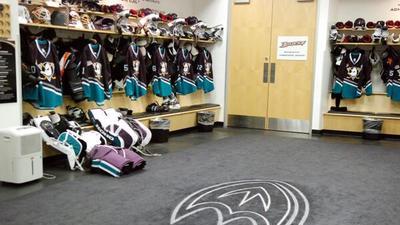