In 1976, the cost of a gallon of gas was .59 cents, the median household income was $12, 686 and the city of Cleveland had a hockey team named the Cleveland Barons.

It was a short run for the Barons, though, as the team only existed in the NHL from 1976 to 1978, at which point it merged with the Minnesota North Stars. On Oct. 10, 1976, the Boston Bruins took on the Barons at Boston Garden for one game in the team’s Adams Division Champion season.

In this week’s Throwback Thursday, travel back in time to that October night in ’76, when the B’s topped the Barons 4-3 thanks to some sharp goaltending by Gerry Cheevers, a shorthanded goal by Ratelle, a goal by Don Marcotte and the game-winner by Cashman.

Check out some highlights from the game in the video above. 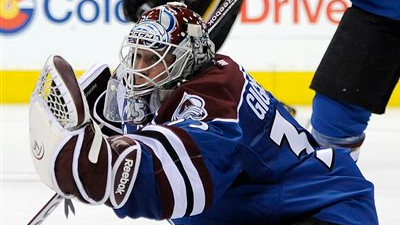