Come on, Cardinals fans. Act like you’ve been there before.

The St. Louis Cardinals, no stranger to postseason success, put another series win on their list of accomplishments Wednesday night when they beat the Pirates 6-1 to end Pittsburgh’s feel-good season. The loss was chronicled by WTAE’s Guy Junker, who reported morosely from the Midwest — but not out of the reach of some happy Cards supporters.

Junker’s live shot was filled with St. Louis fans from the get-go, including fans wielding signs and cheering as they walked past. But just before Junker could call it a wrap, one more fan passed through to up the ante.

A fan with Cardinals-red hair decided to swoop in for a kiss, although she appeared to have her act together enough to just pose for the camera and not get all sloppy about it. Hang up the cutlasses until next season, fellas.

And to wrap up a Pirates-Cardinals-themed Daily Blend, this. 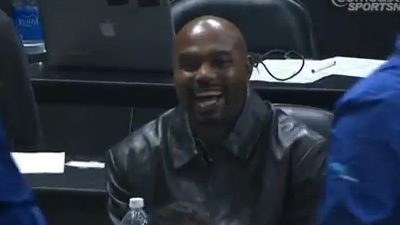