Carmelo Anthony's Absence Cannot Be Overlooked and Other Impressions From Celtics' Win Over Knicks - NESN.com Skip to content A win is a win. It all looks same in the standings — or not, since nobody compiles standings based on preseason games — but the Celtics finally earned an exhibition ‘W’ on Saturday, and nobody can take that away from them.

Yet while the Celtics did look better against the Knicks in New Hampshire than they did in their first three preseason games, the main reason they looked better cannot be overlooked. Carmelo Anthony, Raymond Felton and Metta World Peace all watched from the bench as Knicks coach Mike Woodson opted to give three of his key players the night off.

As a result, the Celtics did not have to deal with three players who have tormented them in recent years.

So while the Celtics did look sharper on defense, moved the ball better on offense and hit the glass better than they had all preseason, keep in mind that the Knicks were without their top scorer, their best ballhandler and one of their toughest defenders.

As impressive as a 111-81 final score looks on paper, it took a while for the Celtics to find some consistency. They opened the game on a 10-0 run that extended to 20-4, but once the Knicks got some traction they outscored the Celtics 18-8 over a five-minute stretch in the second quarter. In the third quarter, the Celtics pulled ahead by as many as 24 before letting the Knicks whittle the lead down to 13 points early in the fourth quarter.

Is this nitpicking in a 30-point preseason victory? Only if you fail to consider that the Knicks were running with a skeleton crew, while the Celtics were only without Gerald Wallace and Keith Bogans. Taking all that into account, the Celtics should win by at least 30 points under those circumstances.

The game was held up numerous times due to issues with the game clock and shot clock, and Twitter was riddled with complaints about the faulty Internet connection at the Verizon Wireless Arena. The clock issues, combined with an absurd six technical fouls thanks to an officiating point of emphasis to enforce the delay of game rule, caused the game to have more stops and starts than the expressway at rush hour.

Three games into the preseason, incumbent veterans like Jeff Green, Brandon Bass and Courtney Lee had gotten a hard time for their underwhelming play. There were still some issues to work out, such as Green’s 3-for-12 shooting mark and Bass’ four fouls, but as a group Saturday’s game was a marked improvement.

Green was a game-high plus-24, Lee had seven points and complemented the effective backcourt of Jordan Crawford and Avery Bradley nicely and Bass assumed a big role in the defense. Bass’ focus on the non-scoring end was part of why he picked up so many fouls. He was extremely active, but he needs to work on contesting without fouling.

It’s amazing what Felton not playing will do for Bradley. With his arch nemesis on the sideline, Bradley played his best game of the preseason. His pull-up jump shot was effective and he had much better success bottling up Pablo Prigioni and Toure Murry than he has had against Felton.

Crawford also continued his solid play. He took five looooong 3-pointers, but he hit three of them, so I guess it was OK. He also made smart passes and on-target entry passes into the post, however. Crawford and Kelly Olynyk might be the team’s best passers, if some of their looks are ill-advised.

Bogans missed the game with a sprained right thumb suffered while trying to draw a charge in Friday’s matchup with the Sixers. He could miss the remainder of the preseason, but since he is due roughly $5 million in guaranteed money, he is in no danger of not making the regular-season roster.

Wallace was a healthy scratch as coach Brad Stevens decided to give the 31-year-old a day off in the second game of a back-to-back. With as hard as Wallace plays, the move only made sense. Wallace is the rare player, along with possibly Kevin Garnett, who only knows how to push himself to the max when he is on the court, so it is Stevens’ job to protect him from himself. 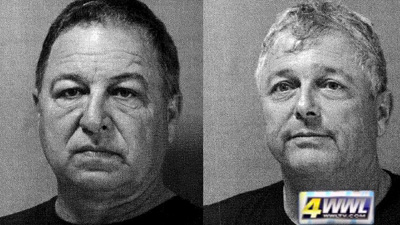