The Boston Celtics lost their fifth game of the preseason on Wednesday with a 99-97 defeat at the hands of the Toronto Raptors at the Air Canada Centre.

Boston surged to a halftime lead thanks to rookie forward Kelly Olynyk’s nine second-quarter points, but the team’s shooting struggles prevented a comeback from happening. The Celtics did have a chance to win in the final seconds, but a three-point shot by Jordan Crawford and a second-chance tip from Jared Sullinger both missed.

It’s the Celtics’ third loss by two or fewer points in the preseason. This young team still hasn’t learned how to win and close out games yet, but you have to admire the group’s energy and hustle late in the fourth quarter.

Even though they shot just 21.1 percent from beyond the arc and committed 22 turnovers, the Raptors were able to generate enough offense by driving to the basket consistently and getting to the foul line. The Raptors made 13 more free throws than the Celtics, which was one of the major differences in the game.

Raptors guard Terrence Ross led all players with 19 points off the bench, while MarShon Brooks topped all Celtics with 17 points from the bench.

The C’s next game is on Sunday against the Minnesota Timberwolves at the Bell Centre in Montreal. It’s the second-to-last preseason matchup on the schedule.

End of fourth quarter, Raptors 99-97: An 11-0 run late in the fourth quarter by the Celtics made for an exciting end to the game. After cutting the Raptors lead to three, the Celtics found themselves down five after Toronto made two free throws, but they climbed back within three again after a three-pointer from Brooks.

That led to Olynyk fouling out to send Julyan Stone to the free throw line. He hit both of his shots from the line to extend the Raptors lead to four. In the final 10 seconds of the game, the Raptors missed an easy layup to give the Celtics a chance to tie or win, but Crawford’s three-point attempt and Sullinger’s put back were unsuccessful.

We also received some bad news on the status of Pressey’s injury. Abby Chin reported on Comcast Sportsnet’s telecast that the rookie guard has a sprained ankle and will be further evaluated tomorrow.

Fourth quarter, 5:50, Raptors 89-81: The Celtics’ shooting struggles from the third quarter have continued into the fourth, which is making a comeback less likely to happen with each possession.

Brooks has come back into the game, and he’s only played 10 minutes to this point. This is interesting because he’s one of the most talented scorers on a Celtics team that lacks elite offensive talent. He has six points and has created many other scoring chances with some nice passes.

Chris Babb has made his first appearance to guard Ross, who has a game-high 19 points.

Despite there being plenty of time for a Celtics comeback, they are being way too passive on offense with too many outside shots. The lack of aggressiveness is a real concern because the Raptors are not a great defensive team, but Boston is making it easy for them by not taking the ball to the basket.

Austin Daye has fouled out for the Raptors in just nine minutes of play. Phil Pressey injured his ankle and was lying on the floor in pain before limping down the court to take a seat on the Celtics bench.

The Raptors played very good defense in the third quarter, resulting in the Celtics shooting 5-of-18 from the field. They contested shots, boxed out on the defensive glass and clogged the lane so the Boston guards couldn’t penetrate to the rim.

But the main reason why Toronto has the lead again was because of Landry Fields’ brilliant play. The former Knicks guard has scored 14 points with a team-high seven rebounds off the bench.

The Raptors have also dominated the boards with a 32-22 advantage, and they are really hurting the Celtics with second-chance points coming from offensive rebounds.

Third quarter, 6:31, Celtics 66-63: Terrence Ross is giving the Raptors a much-needed scoring boost from the bench. He has 11 points in 13 minutes and is running the floor very well.

Boston’s bench is also improving as the game progresses. The C’s got only seven bench points in the first quarter, and that number has now risen to 26. Olynyk and Vitor Faverani have combined for 20 of those points.

Bradley missed another layup, but two offensive rebounds gave him a chance for a three-point shot, which he hit to help Boston regain the lead 66-63.

End of first half, Celtics 53-51: Improved defense and a larger emphasis on scoring in the paint resulted in the Celtics taking a lead into halftime.

Olynyk led the way with nine points in the quarter, along with five rebounds off the bench. He and Green lead the team with 11 points.

Boston’s defense has forced 13 Toronto turnovers, which has allowed the Celtics to use their athleticism on the fast break to create easy baskets. The Celtics are also doing a good job moving the ball quickly around the perimeter, which is one reason why they’re shooting 45.5 percent from the field.

Toronto was led by Lowry’s 11 points and Gay’s 10 points in the first half. The Raptors started the game by taking the ball to the basket as much as possible, and it paid off as they were able to build a lead. They got away from that a bit in the second quarter and settled for too many contested shots from the outside. The Raptors do have a 20-13 rebounding advantage, which is giving them second-chance points and slowing the game down to prevent Boston’s guards from dominating in transition.

Second quarter, 6:41, Celtics 39-35: Olynyk has given the Celtics more energy from the bench. He now has five points in seven minutes, and just scored a basket plus a foul with a sweet up-and-under move. His post-game is already polished, which combined with his athleticism, makes the Canadian forward a difficult player to defend.

Olynyk is also crashing the offensive glass, which is something his teammates need to do more of. Four of his team-high nine points have been a result of offensive rebounds.

Boston has also made an adjustment defensively. The frontcourt players are being more physical in the post and aggressively contesting shots. This has forced a lot of Raptors misses, which is giving Crawford, Lee and Bradley opportunities to get out in transition.

This improved defense, along with Olynyk’s scoring, has allowed the Celtics to take a four-point lead in the second quarter.

End of First Quarter, Raptors 31-26: A 10-2 run by the Celtics, led by scoring primarily from Green and Bradley, reduced the Raptors lead to five.

But just like in the first preseason game between these clubs, the Raptors maintained their lead by dominating in the paint. Toronto finished the quarter leading in points in the paint 18-8 and holding an 8-5 advantage on the boards.

Jeff Green was the Celtics’ top performer in the quarter with a team-high six points, all of which came from beyond the arc. We still haven’t seen him show enough aggressiveness going to the basket, but his outside shooting is impressive thus far.

Bradley and Bass also impressed with five points each. Boston is getting good production from its starters (19 of 26 first quarter points), but the bench needs to step up. Look for MarShon Brooks to lead the charge in the second quarter.

First quarter, 2:27, Raptors 24-17: A quick 9-0 has opened up a nine-point lead for the Raptors. Once again, the Celtics will need to play from behind early in a game.

The adjustment Boston must make is to stop dribble penetration. Toronto’s guards, and Rudy Gay, are getting to the rim far too easy.

Olynyk has entered the game for the first time. He’s playing in front of a lot of family and friends in Toronto.

Sullinger has been a disappointment in the first quarter with only two points and one rebound in the first nine minutes. He’s shooting 1-of-5 from the field, including two missed three-point attempts. Shooting from the perimeter is not his game, and even though it’s important for him to develop his range, he should be a post-up player first and foremost. Sullinger is at his best when he uses his size and strength to create high-quality shots inside 10 feet.

First quarter, 6:09, Raptors 14-9: The Raptors have started the game aggressively by taking the ball to the basket whenever possible. Rudy Gay, who led Toronto in scoring the last time these two teams played, opened the scoring.

DeRozan is also penetrating the Celtics defense with ease. He has five quick points and has already drawn multiple fouls on Celtics big men.

Bradley misses a layup on his first shot attempt, which happened a lot last night, but he then makes a beautiful defensive play on Lowry in the backcourt, steals the ball and then passes to Bass who finishes at the rim with a foul.

Bass has been the most impressive Celtics at the halfway mark of the quarter. He leads the team with five points and is crashing the boards at both ends of the floor. This is the kind of energy he must bring to the court each game.

6:45 p.m. ET:  Boston’s starting five remains unchanged from yesterday’s game against Brooklyn. The lineup lacks size, but its athleticism should help create plenty of opportunities to score on the fast break.

Kris Humphries will not play tonight because of a sore foot, according to the team. Forward Gerald Wallace and guard Keith Bogans will also miss tonight’s game.

Here are the Celtics’ starting five:

Here are the Raptors’ starters:

8 a.m. ET: The Celtics will play the second game of a back-to-back on Wednesday night in Toronto as they inch closer to the regular season.

Boston lost a close contest 82-80 to Paul Pierce and the Brooklyn Nets on Tuesday, and the Celtics now must face an improving Raptors team that beat them in the preseason opener at TD Garden.

With only three preseason games left on the schedule, including Wednesday night’s matchup, the time is now for young players such as Phil Pressey and Chris Babb to play well and prove to head coach Brad Stevens that they deserve to make the opening night roster.

Join us for live updates at 7 p.m. when the two Atlantic Division rivals clash at the Air Canada Centre. 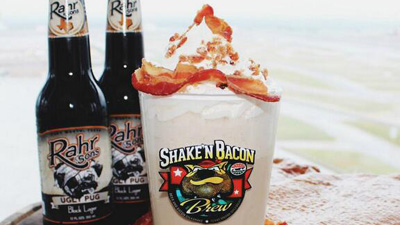