Final, Raptors 93-87: The Brad Stevens era did not begin with a bang.

A strong first quarter and an encouraging stretch in the middle of the second half were not enough to make up for a putrid second quarter and poor execution in the closing minutes for the Celtics. Despite getting 25 points from Jeff Green, the Celtics dropped their season opener in Toronto.

Kris Humphries posted eight points and nine rebounds in a promising performance off the bench, but the Celtics as a whole were outmatched down low. The Raptors won the rebounding battle 48-33 and the offensive rebounding battle 19-7.

Jonas Valanciunas and Tyler Hansbrough both cracked double figures in rebounding for the Raptors, while Rudy Gay led the winners in scoring with 19 points.

The Celtics will pass through customs and rest for a day before their home opener Friday against Milwaukee.

Fourth quarter, :29.1, Raptors 92-85: Lack of execution down the stretch doomed the Celtics. Even in the final minute, they had a chance when they sent Kyle Lowry to the line and Lowry missed his free throws. But the Raptors gobbled up the rebound, forcing the Celtics to foul again. That all but wraps this thing up.

Fourth quarter, 2:32, Raptors 90-80: For a long time, the Raptors have been highly desirous that Rudy Gay and DeMar DeRozan would one day exhibit their full, ridiculous potential.

Fourth quarter, 4:27, Raptors 84-78: Things are unraveling quickly for the Celtics. Rudy Gay drew Lee on a mismatch and didn’t waste any time firing and making an easy 15-footer over the shorter defender.

After the ball bounced around a little, Lee regained control of the ball. He then stepped out of bounds.

It’s cool, though, because it wouldn’t have hurt as long as Amir Johnson didn’t hit a deep three at the other end. Oh, wait, He did.

Fourth quarter, 8:39, Celtics 76-75: After Brandon Bass bullied into the lane, pump-faked and drew a trip to the foul line, Gerald Wallace and Jeff Green converged on Bass near the circle.

Those three represent the young veteran leadership the Celtics will need to keep this year from being a complete embarrassment. They’re doing a good job of avoiding that in this game, too.

The Celtics have battled back to take the lead the fourth quarter after looking mostly lost for quarters two and three. The lineup of Bass, Wallace, Green, Humphries and Crawford may look odd, but it’s working as well as anything else Stevens has tried so far.

The Celtics (and the rest of the NBA) were plagued by the league’s new, stricter delay of game rule. Redirecting the ball intentionally after it goes through the hoop is a no-no, and the Celtics learned that the hard way in preseason.

It struck again at a bad time for the Celtics. After Jeff Green drained a corner three — the Celtics’ first 3-pointer of the game — Bass accidentally caught the ball after he was bumped under the basket by D.J. Augustin. Still, it did not interrupt the Celtics’ momentum. Bass was able to redeem himself by stuffing home Jordan Crawford’s missed layup at the end of the third quarter to pull Boston within two points.

Kris Humphries played some of the best ball of any Celtics big man in the third quarter, scoring five points and nabbing four rebounds as the Celtics outscored the Raptors in the frame 34-22.

Third quarter, 2:35, Raptors 65-58: It took almost 30 minutes of game time, but the Celtics finally started doing what they have to do as an undertalented squad to be competitive.

By forcing turnovers and defending in the halfcourt, the Celtics were able to get out and run. That opened up Wallace for his first points as a Celtic, one coming when he split a pair of free throws and two more coming after a Bradley steal turned into a layup at the other end.

Finally, Wallace and Green are slashing to the hoop the way they need to — and the Celtics finally look like a real basketball team again.

Third quarter, 6:28, Raptors 63-48: Rudy Gay and the Raptors have taken control of this game, and it will take a big effort by the Celtics to make the Raprs let go of their stranglehold.

An even offensive attack led by Gay with 11 points has left the Celtics with an answer on defense, and Boston’s continued impotence on the offensive end is making it that much easier for the Raptors. Gerald Wallace has yet to attempt a shot and Brandon Bass has taken only two shots, owing to how much trouble the guards are having initiating the offense.

Halftime, Raptors 49-37: Rajon Rondo cannot get back on the court quickly enough. The absence of a ballhandler is glaring for the Celtics, and it is the sole reason they trail in this game.

The Celtics committed seven turnovers and were outscored 28-11 in a putrid second quarter. They now have 12 turnovers in the game, and that’s when they are even able to throw passes. Most of the time the Raptors are simply pushing Bradley, Pressey, Green or Lee too far out on the perimeter to initiate the offense.

Faverani leads all scorers with 13 points and Green has 11, and the Celtics have been aggressive in attacking the hoop. They hold a 17-11 advantage in free throw attempts. But they aren’t taking any shots — almost literally. The Raptors have put up 47 field goal attempts to the Celtics’ 31, and Toronto is winning the rebounding battle 24-15.

Basically, the Celtics are unable to protect the ball, so they are unable to get shots, which makes them unable to get points, and they’re playing soft on the glass, to boot. Keep in mind, also, that the Raptors aren’t exactly expected to be world-beaters.

Second quarter, 4:23, Raptors 38-31: Bradley got pulled from the game for rookie Phil Pressey, but the Celtics’ turnover woes continued.

Stevens called a timeout after a couple of Raptors buckets, sparked by another Celtics turnover, started to put some distance between the teams in Toronto. Lowry tried to toss an alley-oop to Johnson, but it was too high for Johnson to dunk. Instead, Johnson just tipped it off the glass and into the hoop.

Chances like those might be lucky, but the more opportunities the Celtics give the Raptors as a result of turnovers, the more chances the Raptors are going to have to be lucky like that.

Second quarter, 5:39, Raptors 34-30: Stevens has been highly complimentary of Bradley’s job leading the offense, but it’s not going so well tonight. Bradley has five of the Celtics’ nine turnovers, and if this keep up it could make it impossible for the Celtics to win this game.

Bradley’s most recent turnover, a risky entry pass from the top of the key to Faverani, was picked off by one of the three Raptors defenders in the way. It led to a run-out and dunk by Johnson to give the Raptors the lead.

Second quarter, 8:14, game tied 28-28: The Celtics are being highly aggressive, or maybe it just seems that way after playing for nothing but 15-footers and 3-pointers the last six years.

Fields, the former fan favorite with the Knicks, has four points on a couple of floaters and got among the trees to attempt a putback and fell short.

End of first quarter, Celtics 26-21: Through the first 12 minutes of the Brad Stevens era, the Celtics look about like what we expected.

They are not great, but they also might not be terrible.

After a strong start, Valanciunas, Johnson and the Raptors started to flex their interior muscle and clawed back into the game. (Clawed! Get it?) The Raptors have four offensive rebounds to the Celtics’ one, and they have capitalized on five Celtics turnovers.

Faverani is the clear scoring leader with nine points, while nobody else has more than four. Kelly Olynyk, making sure Faverani is not the only rookie to get a nod, made a nifty move to get an inside basket in his first trip to his hometown of Toronto. He got a polite applause when he entered the game — chances are, Torontonian Andrew Wiggins will get a louder reception for his debut there next year.

First quarter, 5:37, Celtics 11-8: Faverani wasted to time getting involved. He touched the ball three times in the opening minutes, converting a left-handed hook shot and an 18-foot jump shot to get the Celtics to a quick 7-0 lead.

The Raptors did not score until the 9:24 mark on a floater by Johnson. Ever since, this game has been all over the place. The teams are running up and down the floor with reckless abandon, leading to seven turnovers combined between the teams already.

This pace can’t continue — or, if it does, it will get sloppy quickly. Bradley picked Lowry’s pocket and found Green downcourt for a dunk in the signature play of this game so far. It involved a turnover, it involved transition, and it came out of total madness.

Vitor Faverani, the Brazilian big man by way of Spain, will start at center for the Celtics in their regular-season opener in Toronto. Coach Brad Stevens, also recording his first NBA game, waited until an hour before game time to announce his starting lineup.

Perhaps he waited because he wanted to keep Faverani in great suspense before he gave him the news.

Faverani will have his hands full with Jonas Valanciunas, the promising second-year center who Toronto has big plans for. The Raptors were not broken up about trading former 20 points-per-game scorer Andrea Bargnani in the offseason to New York. By losing a one-dimensional offensive player and defensive liability in Bargnani, the Raptors gained playing time to give to Valanciunas.

8 a.m. ET: Paul Pierce and Kevin Garnett will not be wearing green uniforms, and Doc Rivers will not be calling the shots from the sideline. Lots of things will look very different for the Celtics this season.

That doesn’t mean Jeff Green and the remaining Celtics aren’t still pumped to get the season started.

“Every year is more and more exciting,” Green said. “The older I get, the more I cherish these things, especially after all I’ve been through. You cherish that you’re able to play another year. I’m happy. I’m excited about Game 1 for myself, for this team, for the guys we have and for coach [Brad] Stevens. We’re going to do whatever it takes to try to start off on a good foot.”

Green is one of a number of players with something to prove for the Celtics this season, which begins Wednesday in Toronto. For the first time in ages, the Raptors — of all teams — have a more settled roster situation than the Celtics. Get used to that, Celtics fans, because it is likely to look that way for much of the season’s first month while Stevens irons out his rotation. 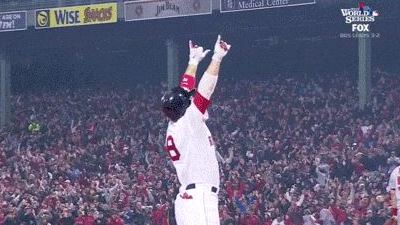 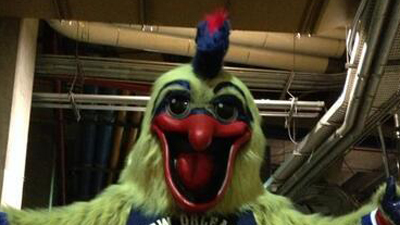