In June, the Red Sox were placed on the back burner in Boston as Stanley Cup fever swept the city. Now, it’s baseball’s turn in the spotlight, and the boys on the ice are along for the ride.

?You want to keep up with those guys,? Bruins head coach Claude Julien, a noted Red Sox fan, told reporters Tuesday, according to CSNNE.com. ?I know that they?re at a different stage of the season than we are, but if they?re going to be winning and bringing some excitement to the city, then we?d like to as well.

?Certainly you don?t want to be forgotten. It?s important to be winning. The city is riled up about everything right now, and we need to keep it that way.?

The Bruins currently hold the title of the team to most recently bring a championship to Boston, but Julien said he’d gladly hand that honor over to John Farrell and Co.

?I?m OK with that,? he said. ?If [the Red Sox win] then we need to work on being the last one to win again. There?s always motivation somewhere.?

The World Series begins Wednesday night at Fenway Park, but it might be a while before Julien and his players will be able to watch a game. Barring an NHL schedule change (which is not out of the question), the Bruins and Red Sox will be playing concurrently on Wednesday, Thursday and Saturday. The B’s are off Sunday night, though, when Game 4 is scheduled to take place in St. Louis. 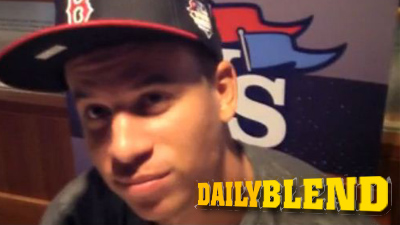 Quintin Berry Laments Lack of Facial Hair, Says ‘My Momma Did It to Me’ (Video)