Daniel Sturridge has been rightly inundated with plaudits for his eight-goal haul so far this season, but the Liverpool No. 15 is keen to stress the equal importance of the players around him.

The 24-year-old forward has struck eight times in nine appearances during 2013-14, while his phenomenal statistics since arriving at Anfield in January show 19 goals in 25 games.

Luis Suarez‘s return from suspension has only increased the creativity in the Reds’ attack, and Sturridge believes the Uruguayan, among others, allows the goals to be spread around.

“He’s a nice guy and we have great chemistry on the field, and we get on well off it so it’s good,” he told Life and Times. “It’s easier when you’ve got somebody like Luis, who can help you share the goals out, and we’ve also got the likes of Steven Gerrard and Victor Moses who can pitch in.

“So there are goals throughout the team. Hopefully we can continue with the form we’ve got at the moment.”

While Sturridge pointed to Gerrard’s contribution on the pitch, the England international also revealed the lengths to which the Liverpool skipper has been supportive in other aspects of life.

Asked if he has any mentors, the striker commented: “I would say Gerrard’s one player, because he’s a great man on and off the field.

“He’s one of the people who gets on with everybody and he’s an incredible man to be honest with you.

“He’s been one of the world’s best players for many years and I’ve got so much respect for him.”

Sturridge’s prolific form to date has helped Brendan Rodgers‘ team secure second place in the Barclays Premier League — level on points with leaders Arsenal, after seven games of the season.

Much of that can be attributed to the winning mentality implemented by the manager, in his opinion, and the Englishman is enjoying every moment of his time on Merseyside.

“It’s been amazing to be a part of it. It’s like a family, the way the vibe is at the club,” he added. “Even the city — everybody’s into football and you’ve got the Liverpool and Everton fans in the streets giving you banter.

“It’s not intense, but there’s a strong desire for success and everybody wants to help Liverpool get back to the winning ways that they had in the past and that’s up to us.

“Everybody wants to have success. It’s not about getting by and being content with second or third.

“It’s about having a winning mentality and that’s something the manager’s instilled in us now, where everybody’s got that feeling to want to win every game.” 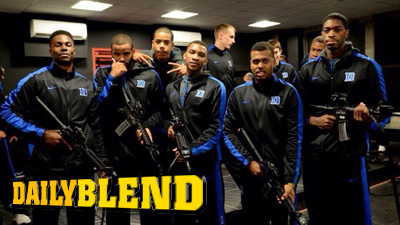