Devin McCourty, Chandler Jones, Logan Ryan Among Five Stars of the Game for Patriots Against Jets - NESN.com Skip to content EAST RUTHERFORD, N.J. — As has become the pattern this year for the Patriots, there weren’t many stars on the offensive side of the ball.

In fact, this week, all five stars come from New England’s defense. The defense wasn’t perfect, but as usual, they made stops when the team needed them most. They still gave up 27 points and more yards than they should have, but for stretches they were downright dominant. They really improved after Logan Ryan‘s key 79-yard pick-six.

They gave up 17 points in the third quarter, but sealed down in the fourth, as has become the pattern this year. The couldn’t get bailed out by the offense and couldn’t win the game, but there were still some impressive performers.

Check out this week’s stars of the game below.

Devin McCourty ? McCourty continues to solidify the back end of the field. He even had some snaps at cornerback and in a hybrid linebacker role. He excelled in all of them.

McCourty has been playing like a top-five safety in the NFL so far this year. At this point, he deserves to be an All-Pro and Pro Bowler, even if he?s not been noticed very often.

McCourty had two deflected passes and a tackle for loss.

Chandler Jones ? Jones continues to dominate Geno Smith. He had two sacks against his former Big East foe. Jones was active all game in getting into the Jets? backfield. Jones wound up with 10 tackles on the afternoon. He was solid in run defense, sealing off the edge of the field.

Chris Jones ? Jones was all over the field in the middle of the defense. He also had two sacks and 10 tackles, which is a pretty astronomical amount from defensive tackle. Jones has filled in very well for Tommy Kelly. Jones and Joe Vellano have both been very productive players, but they do still struggle to hold their ground against the run. Unfortunately, Jones got hit with a costly 15-yard unsportsmanlike conduct penalty in overtime as Nick Folk was missing a 56-yard field goal.

Alfonzo Dennard ? Dennard continues to play like a No. 1 cornerback and filled in for Aqib Talib very well. He?s not noticed very much because he?s hardly ever thrown to.

Dennard made a key pass breakup over Stephen Hill in the fourth quarter.

Logan Ryan ? Ryan had the biggest play of the game for New England, a 79-yard interception return for a touchdown. Ryan filled in well and rarely got burned in the passing game. He also made some nice open-field tackles. 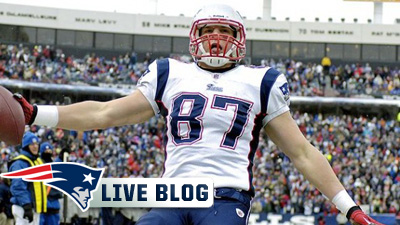 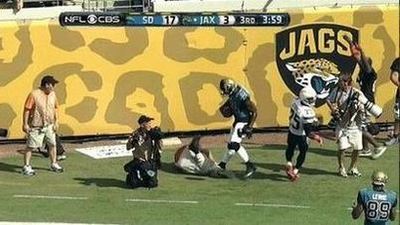