It’s safe to assume that Diamondbacks general manager Kevin Towers was not a fan of the Dodgers’ desert pool party.

During an interview with Arizona Sports 620’s Burns and Gambo on Tuesday, Towers lamented the D-backs’ lack of fight and toughness after an 81-81 finish left them as playoff outsiders. He pointed to another run-in with the Dodgers as an example, when Los Angeles players were seen horsing around in the dugout during an 8-1 drubbing of their NL West rivals.

“That’s not who we are as Diamondbacks, that’s not how — I mean, it’s a reflection on [manager Kirk Gibson], on myself, on our entire organization. They slapped us around and we took it.”

Towers says his “choice words” for the coaching staff after the incident fell on deaf ears.

“You’d think the GM comes down and makes it a point to talk to the staff about it that at we need to start protecting our own and doing things differently,” he said. “Probably a week later [All-Star Paul Goldschmidt] gets dinged, and no retaliation. It’s like ‘wait a minute.’

Basically, Towers wants a bit of a nasty streak to run through Phoenix. If players aren’t willing to take steps to protect their teammates — as pitcher Ian Kennedy did back in June, resulting in a 10-game suspension for hitting Zach Greinke in the head and Yasiel Puig in the face — they can show themselves to the door.

“… I think come spring training, it will be duly noted that it’s going to be an eye for an eye and we’re going to protect one another.

“If not, if you have options there’s ways to get you out of here and you don’t follow suit or you don’t feel comfortable doing it, you probably don’t belong in a Diamondbacks uniform.” 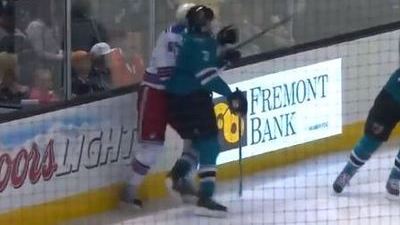