According to the New York Daily News, Jets quarterback Geno Smith is the second coming — of Mark Sanchez.

After Smith turned in by far the best game of his young career to lead the Jets to a stunning upset of the Falcons in Atlanta, the newspaper plastered a photo of the quarterback on its front sports page with the headline “A Star is Born.”

The headline itself is nothing too noteworthy — Smith did play an excellent game, and making bold predictions isn’t particularly out of the ordinary for New York tabloids. But, as Brian Bassett of TheJetsBlog.com points out, what is interesting is that the paper has used the exact same headline before to describe another promising Jets signal caller.

That was back on Monday, Sept. 14, 2009, when Sanchez completed 18 of 31 passes with a touchdown and an interception in his very first start, a 24-7 win over Houston. The sixth overall pick may have looked like a future franchise QB back then, but he has since been relegated to hanging out on the sideline and tending to his headband collection.

Jets fans will hope this cover makes up the extent of the similarities between Smith and his predecessor. Check it out below. 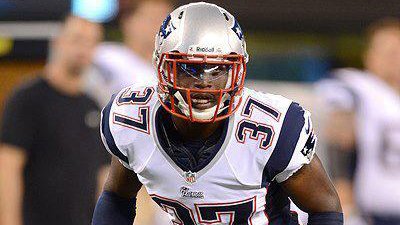