Gerald Wallace Perfectly Happy to Be in Boston, Still Feels Blindsided by Trade From Nets - NESN.com Skip to content WALTHAM, Mass. — Admit it. You made assumptions about Gerald Wallace.

Maybe it was his Southern drawl or his dreadlocks or the fact that his numbers dropped off drastically last season. Whatever the reason, you noticed his failure to visit Boston immediately following the trade with the Brooklyn Nets and wondered how dedicated the 31-year-old former All-Star could be about starting over again with the Celtics.

If that was the case, you haven’t watched Wallace play very much in his career. Otherwise, you’d know he only knows one speed — all-out — no matter the score, the opponent or whether the world at large considers his team to be a contender. You also haven’t heard him talk, because the Alabama native brings a refreshing honesty and humility to the interview podium.

That doesn’t mean Wallace, who has been traded in each of the last three years, isn’t human. He admitted as much Monday in meeting with Boston media for the first time, dispelling myths that he is unhappy while offering a peek into what it feels like to be traded.

“I think the thing that people have taken out of this is that I didn’t want to come, I didn’t want to be here, I didn’t want to be a part of this,” Wallace said. “That’s so far from the truth. The main thing was, me being a veteran for 13 years, I’ve been traded three times in the last three, four years. This trade caught me off guard. It wasn’t like my agent talked to me and said, ‘You know, there’s a possibility of there being a trade’ or something. I’m basically sitting at home with family and friends, sitting around a table playing cards, getting ready to watch the NBA draft, and, bam!, it hits the screen.

“It kind of put me in shock. I had to kind of sit back and pinch myself and wonder what happened. Was there something I could have done better to stay? It was a situation that had nothing to do with Boston. I’m actually happy to be here in Boston. I’ve always loved the city of Boston and, besides, I’m a Red Sox and Patriots fan. Those are my teams. So I want to be here. It’s a fresh start. When you’ve been in the league for 13 years, coming somewhere that’s got to start all over, for me, it’s a challenge. I’m trying to turn this team around like I did in Charlotte and kind of help these guys and push as far as we can get.

Put in his shoes, all the knocks on Wallace seem sort of silly and easy to explain. He had a prior commitment during the introductory news conference, and since he was not required to report to Boston until late September, he chose to stay at home and spend time with his family. The other knock, his drop-off in production last season, is also fairly easy to explain away. He played with three other players who averaged 20 points per game at one point in their careers, and the Nets’ slowdown style was not conducive to transition buckets for a player nicknamed “Crash.”

A championship is most likely out of Wallace’s reach for now. He is under Celtics control for another three years and $30 million, so unless some contender with salary cap space views him as its missing piece, he is unlikely to get that ring before he turns 34. But there are other goals Wallace can focus on in the meantime. No matter how tough losing in the NBA may be, Wallace is aware that it beats ditch-digging.

“Thirteen years in, you never want to go to a team that’s starting a rebuilding process over again,” Wallace said. “Your focus is trying to get somewhere that you can end your career on a championship note.

“At the same time, I’m here. I’m happy to be here. I’m going to enjoy being here. I’m going to enjoy playing with the younger guys. The main thing is if we can improve. I told the guys, a championship is what I want to go out with, but I never won a championship in my life, so my life isn’t based on championships. It’s based on me having a successful career, having fun and enjoying the game and going out on a positive note in this game. If I can come here and build with this team and improve this team and get us back into playoff contention, and push forward from there, I’d be more happy than I would be on a team that’s won a championship.”

Report: David Beckham Nears Deal to Bring MLS to Miami, Is In ‘Final Round’ of Negotiations With Co-Investors 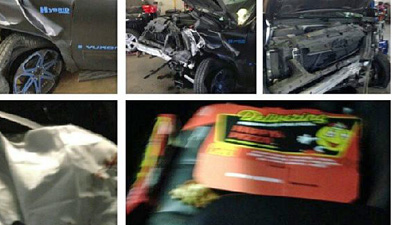