WALTHAM, Mass. — Jeff Green may not have the visceral connection with Boston fans that Paul Pierce did, but the Celtics’ new starting small forward has grown attached to the city all the same.

Boston was the place where Green was drafted, traded from and traded back to just before doctors discovered an aortic aneurysm in his heart two years ago — and this is the place where he returned to the court for the first time after heart surgery. This year, he has also forged an emotional bond with the city’s baseball team, which is within one victory of a World Series championship.

As the regular season opens with lowered expectations for the Celtics, Green said his interest in the World Series is due to more than just a rooting interest.

“They’re my inspiration,” Green said. “I’ve been watching them the last couple years and nobody thought they would be at the point they’re at right now. Guys just came out of nowhere, played together, were all on the same page and they’re getting the job done. Now they have a great chance of winning the World Series. I think we’re in a similar position where we have guys that not a lot of people know.

“[Rajon] Rondo will be our [David] Ortiz and we just follow his lead. We just have to go out there, play hard and give it our all.”

With their regular-season opener in Toronto on Wednesday slated to start roughly an hour before Game 6 of the World Series, the Celtics are realistic about which game Boston fans will be watching. Brad Stevens was far less confident than his precocious 7-year-old son, Brady, that everyone in Boston would be watching Stevens’ first game as the Celtics’ head coach.

“He said to me this morning, ‘Everybody’s going to watch the Celtics’ opener [Wednesday]!'” Stevens said. “I said, uh, I don’t know about that. I think that we may lose a few viewers around 8:07.”

The key for Stevens to give a good first impression, then, is for the Celtics to play well in the first half, a reporter observed. Nobody will be watching after that.

“Yeah, we’ll be the appetizer to a World Series Game 6, and I’m OK with that,” Stevens said. “What an awesome opportunity for them, and to bring it back here and have an opportunity to compete for a World Series title, I can’t imagine what that feels like.”

Despite the Red Sox’ model being such an obvious motivation for Green, he said it has not been discussed much within the locker room. But multiple members of the team admitted they have been following the Red Sox’ postseason run closely. Gerald Wallace, the team’s resident diehard Sox fan, gave a sheepish “no comment” when asked if he planned to get ejected in the first quarter so he could catch the game.

Yet while Wallace, Green, Stevens and the rest will not be able to be in front of the TV rooting on the Red Sox, they will be doing so in spirit from the court at the Air Canada Centre.

“[The similarities] are just something I’ve been thinking about the past couple months,” Green said. “Because everybody’s counting us out and they did the same thing with the Red Sox. Look at where they’re at now and how hard they had to battle to get to that point. We have to do the same thing.” 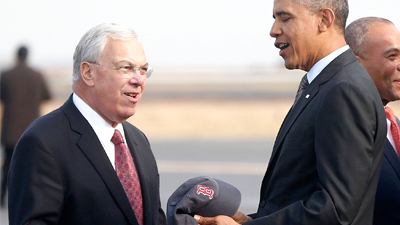