BOSTON — John Farrell on Wednesday became just the sixth different manager to lead the Red Sox to a World Series title. And still, the Boston skipper deflected the credit.

Farrell praised his players immediately following Wednesday?s Game 6 victory, and he also had plenty of praise for the general manager who put it all together.

?Ben Cherington deserves all the credit in the world for what he has done for this roster, the players that he?s brought in, and most importantly, to the players,? Farrell said. ?To come in and see the energy and the commitment that they had, the buying into a team concept every single day, and the one thing that really stands out more than anything is just their overall will to win, and that was no more evident than in this entire postseason.?

Cherington completely revamped Boston?s roster, starting with the Red Sox? blockbuster trade with the Dodgers in August 2012. Cherington, who then had money to spend in the offseason, added a number of new pieces to a talented veteran core. The rest is history.

Perhaps most invigorating about Cherington?s construction of the Red Sox? 2013 roster was his insistence on obtaining players who were known for both talent and character. It resulted in the most likeable — and, obviously, successful — Red Sox team in years. 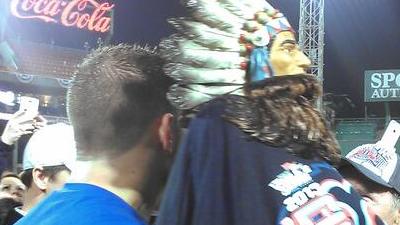