The thing about chest bumps is — they’re a two-person job.

John Harbaugh was fired up during the first period of the Ravens-Dolphins game on Sunday afternoon, and he just wanted to share his excitement with one of his players who was completely oblivious to his intentions. On Miami’s second offensive drive, James Ihedigbo intercepted a Ryan Tannehill pass right by the Ravens sideline. The interception was eventually overruled, but in those moments before he was ruled out of bounds, the Ravens head coach ran over to give his safety a good ol’ fashioned chest bump.

Unfortunately, Ihedigbo didn’t appear to see Harbaugh launching himself in the air, and instead he ran off to celebrate with his teammates.

?That was pretty hilarious,? Ihedigbo said. ?I didn?t really pay attention [to Harbaugh]. I was going to celebrate with my teammates like I?m supposed to and I didn?t even see John. I told him I felt bad leaving him out to dry like that.?

The Ravens head coach found it just as funny as the rest of the world luckily, and he showed it to his team during the team’s Monday morning film session, according to the Baltimore Sun.

?I think it?s one of the funniest things I?ve seen in my entire life,? said wide receiver Torrey Smith, while still laughing Wednesday. ?It was terrible, man. He just looked so unathletic.? 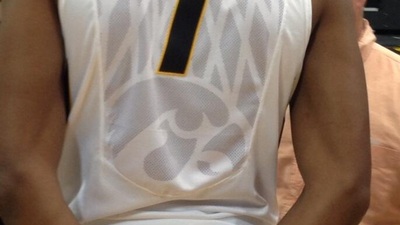