The Red Sox returned to playoff baseball in style Friday, smoking the Rays 12-2 in Game 1 of the ALDS at Fenway Park. Boston now holds a 1-0 lead in its best-of-five series with Tampa Bay and is just 10 wins shy of a World Series title.

Clearly, the Red Sox still have a ton of work to do this postseason. But it never hurts to start with a bang, and that?s exactly what the Sox did Friday. The Red Sox pounded out 14 hits to back Jon Lester, who was fantastic, and the game was pretty much in the bag by the sixth inning.

The Red Sox and Rays will play again at Fenway on Saturday, with John Lackey squaring off with Tampa ace David Price. Before turning the page, though, let?s take a look at some Game 1 developments.

John Farrell said after the game that it was the most powerful he has seen Lester all season. Even the opposing manager was impressed by Lester bringing it.

?He had struggles in the recent past with command issues with his fastball, but that’s not the case right now,? Rays skipper Joe Maddon said. ?He’s throwing his fastball where he wants to. The cutter’s outstanding. He just had a really good fastball. He came out there on 97. I was hoping that would be pretty much adrenaline wear off and become more the pedestrian version, but that never happened.?

?What was probably as big an inning was after we scored the five runs, to come out and put up a zero,? Farrell said. ?That’s the most important thing in the game, is to keep up the momentum and put up a zero, and we were able to come back with three more runs in that [fifth] inning.?

?Absolutely, yeah,? Gomes said when asked if he had flashbacks to Opening Day. ?Yeah, we were talking about that right when I got in the dugout. With that being said, you don’t get 97 wins throughout 162 by waiting for the three?run homer. We generate some runs any way possible. And that’s just not my hustle from second. That hustle is definitely erased if Stephen Drew doesn’t hustle to first. So it’s double hustle and we were able to touch the plate and get a run on the board.?

On Friday, that moment was Wil Myers? miscue in right field in the fourth inning. David Ortiz hit a fly ball to deep right, and Myers appeared to have it sized up on the warning track. Myers backed off at the last second, though, and the ball landed for a ground-rule double. The Red Sox subsequently scored five runs in the inning.

Looks like that home-field advantage is already playing a factor.

?I didn?t hear anything,? Myers said. ?I just saw [center fielder Desmond Jennings] out of the corner of my eye and backed off.?

Myers also vowed to brush it off for Game 2. You can?t ask for anything more, especially from a rookie.

Wright gave up four runs on four hits and two walks in the eighth inning. Yikes.

?The old school rules that were written when singles were the norm and homers were not — there’s a lot of the game that people get upset about, and part of it is the phrase that, ?They are trying to embarrass us.? If they did, that was our fault,? Maddon said. ?Entirely our fault. If you get embarrassed in the game, I blame it on me, us. The accountability lies with the Rays — not the Red Sox doing their job.  The object of the game is to score runs, and that’s what they were doing.? 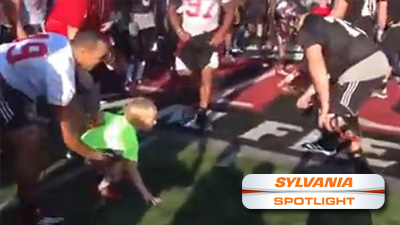 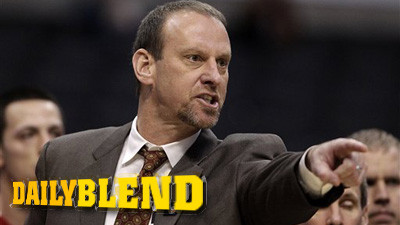