The Patriots have come out firing against the Saints, playing their best football of the season in the first half, but their sideline celebrations are unfortunately still not up to par.

After Stevan Ridley rushed for a four-yard touchdown to put the Pats up 17-7 in the second quarter, Tom Brady just wanted to tip his hat to his teammates for their efforts. As Julian Edelman was walking past him on New England’s sideline, Brady went for the congratulatory high-five, but he was awkwardly, albeit unintentionally, shut down.

Edelman continued walking right past his signal caller, not noticing Brady whatsoever, and in the process, he left No. 12 out to dry.

Check out the rejection in the GIF below, courtesy of Deadspin. 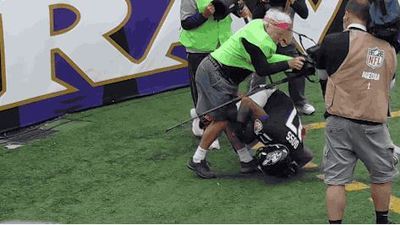