Kaz Uehara, the son of Red Sox closer Koji Uehara, was one of the stars of FOX’s postgame coverage on Wednesday night when Boston won its eighth World Series championship with a 6-1 victory over the St. Louis Cardinals.

He was asked by FOX’s Erin Andrews “How hard are you going to celebrate tonight, Kaz?” He responded, “Crazy.”

There are a lot of crazy celebrations going on in Boston on Wednesday night with the Red Sox winning a World Series at Fenway Park for the first time since 1918. The excitement around Boston will continue for a long time, with the marquee event being the city’s first Duckboat parade since the Bruins won the Stanley Cup in 2011.

Watch Kaz’s adorable moment in the video below. H/T to Barstool Sports. 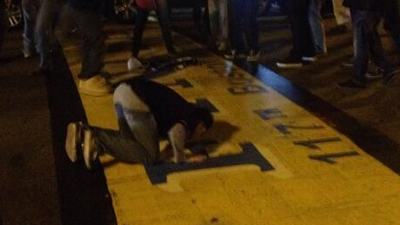