Rajon Rondo has been confined to the sideline in practice and he was solely an observer from the bench in Monday’s preseason game, so his alibi is airtight. He can’t possibly be the person who gave Kris Humphries the shiner Humphries sported before the exhibition against the Raptors.

The origin of Humphries’ bruised left eye was a mystery, as no one would own up to landing the blow. Humphries was fairly certain is happened in practice, and said Jared Sullinger was in the area when he got hit, but Sullinger insisted it wasn’t him.

“Me and Hump go way back,” Sullinger told reporters. “I was [near him] but my hands were up. You can see it on tape.”

Teammate Keith Bogans had the same sarcastic thought most smart-alecks probably had upon seeing Humphries black eye: another run-in with Rondo.

“That’s actually what [Bogans] said, but no, no,” Humphries said.

Presidents Cup Streaker Says She ‘Wanted to Add Some Excitement to Golf,’ Thought Streaking Would Be ‘Epic’ 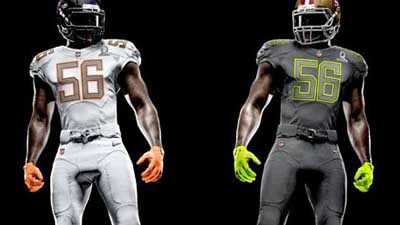